Union finance minister Nirmala Sitharaman said the Government does not favour laws that treat business houses with suspicion and was working towards decriminalizing the Companies Law.

“We do not want a law which is going to treat every business house with suspicion. That is not the intent of this government at all,” Sitharaman said in Chennai while delivering the Nani Palkhivala centenary celebration lecture on ‘Roadmap to $5 Trillion Economy’.

Her statement follows Tata Sons chairman N Chandrasekharan’s similar suggestion that the industry needed supervision and not suspicion. In his Nani Palkhivala memorial lecture in Mumbai, he drew attention to micromanagement and persisting distrust of businesses besides the fact that all rules in the country were based on suspicion.

Allaying such apprehensions, Sitharaman made it clear that the government was working towards creating an environment where the government and the industry could work together to attain the $5 trillion economy target.

“My first and earnest attempt, which continues till today is to decriminalize everything to do with the Companies Law or the related laws, the very point which the Prime Minister keeps talking about,” she further added.

“And I was impressed again in Nani Palkhivala lecture in Mumbai where the Tata Group’s head had spoken that the government should trust its people and its own citizens,” she said acknowledging the industry’s concerns.

Sitharaman added that the government aims to ensure that no other statute, be it Income Tax or Prevention of Money Laundering Act, adversely impacted the business sentiment and environment. The $5 trillion economy target will become a lot easier with enhanced trust between the government and the businesses, she said.

The finance minister also brushed aside questions on the legitimacy of government data and said it was not right to cast aspersions.

“Change of base year for (GDP) calculation is being done periodically and blaming the Modi government for this is unacceptable and unwarranted. This is being done by every government,” she said, adding, that this was being used to incorrectly claim that the prime minister didn’t respect institutions.

It had come to light in November that the ministry of statistics and programme implementation was working to bring in a new series of national accounts which would result in a change in the existing base year of 2011-12 for GDP calculation. Though the ministry is considering 2017-18 as the new base year, no decision has been taken as the committees of experts are awaiting some more data before finalising their opinion.

She said that the government had appointed a committee to look at the questions that arose over official figures but some members of the panel politicized it by staying away instead of scrutinizing the data for any errors.

It might be recalled, CP Chandrasekhar, who was with the Jawaharlal Nehru University has refused to join the Statistics Reform Committee, constituted by the government in December with the mandate to improve quality of data for employment, industry and service sector.

On the issue of NPAs in the banking sector, Sitharaman said the Insolvency and Bankruptcy Code had facilitated clearance of a huge amount of bad loans affecting the industry. 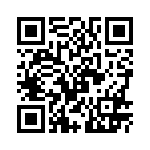