Third seeds Marcel Granollers and Horacio Zeballos won their third ATP Tour team title on Sunday, triumphing at the Rio Open presented by Claro with a 6-4, 5-7, 10-7 victory against Salvatore Caruso and Federico Gaio.

Granollers and Zeballos needed to win two matches on Sunday due to rain on Saturday, and they also defeated home favorites Felipe Meligeni Rodrigues Alves and Thiago Monteiro 7-6(6), 6-4 in the semi-finals. In the championship match, they trailed 4/7 in the Match Tie-break before winning six consecutive points to win the trophy.

The biggest moment of the match came at 7/7, when Caruso and Gaio charged the net and appeared to be impassable, sending volley after volley back to the third seeds. But Granollers hit a perfect backhand lob off his back foot to pull his team ahead, and they’d never relinquish that lead. It is the second team title of the season for Granollers and Zeballos, who also were victorious in Buenos Aires.

The Spaniard and Argentine split $114,200 and each earn 500 ATP Doubles Ranking points. They have proven a tough duo since debuting at the Coupe Rogers in Montreal last year, winning that ATP Masters 1000 event. This is Granollers’ 20th tour-level doubles crown, and Zeballos’ 15th.

Caruso and Gaio fell just short of completing a dream week. The Italian qualifiers stunned second seeds Lukasz Kubot and Marcelo Melo 6-3, 3-6, 10-4 in the semi-finals. They had never previously played together on the ATP Tour (6-8 at ATP Challenger Tour events), and only Gaio owned a tour-level doubles victory, and only one at that.

Caruso and Gaio claim 300 points each and they will share $55,900 for their efforts. 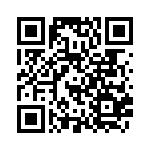