Omar El Oud was out fishing with his father when he spotted a large white bird in the middle of the water. As they got closer, they realized it was a stranded pelican in serious need of help.

“When we first rescued Ovi, he was bleeding from a cut on his leg and we realized his flight feathers were gone, as well as him being really dirty,” El Oud told The Dodo. “We later discovered he had a fever.” 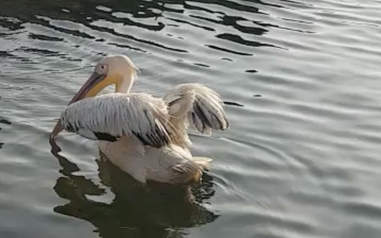 They brought the pelican back to shore, and El Oud researched how to care for the bird. With the help of the wildlife rehabilitation group Lebanese Wildlife, they were able to nurse Ovi back to health.

El Oud trained Ovi through positive reinforcement so he could better care for him and Ovi quickly caught on. “When he acted well, I’d give him a fish, and when he didn’t I’d just ignore it,” El Oud said. “In less than a day, he became a very friendly bird toward me. [He’s a] very intelligent animal.”

Unfortunately, without his flight feathers, most likely clipped by illegal wildlife traffickers, Ovi could no longer make it long distances. Luckily, he was already in the perfect place to get his strength back.

El Oud’s father, Ali, is the manager at the seaside restaurant Abou Mounir Fishery in Beirut, Lebanon. Ali knew Ovi would be safe at the marina, where the family is friendly with all the locals and fishermen. Soon, protecting and caring for Ovi became a community effort. 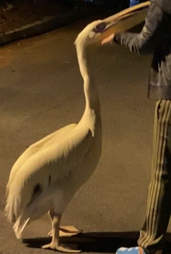 El Oud fed Ovi around the marina until the pelican learned where the fish were coming from and became the restaurant’s best customer.

Now, Ovi waddles into the bustling café to get a snack multiple times a day. “Essentially, what he does is hang out down from the restaurant and does whatever he wants,” El Oud said. “But sometimes if he’s hungry and wants food, he comes up by himself because he realized that’s where the food is coming from.”

So I was having a bite with a couple of friends by the corniche when this fella wonders in. Apparently, he’s been visiting for the past month, looked after by the cafe owner and fishermen. And for a few minutes, the world was beautiful again. #Beirut pic.twitter.com/EGQSnq0gXE

Ovi ignores most of the people around the marina but has formed a special bond with El Oud and his father. He likes being scratched on the back and chest, but only by those he’s comfortable with. “He sometimes follows us around and even tries to communicate with us vocally,” El Oud said. 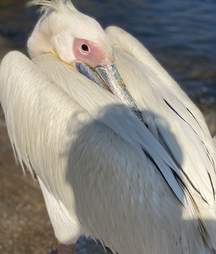 A year after his rescue, Ovi is healthy and seems content with his life in the marina, but El Oud wishes that humans never interfered with him so he could have remained wild.

“Something like this never should have happened,” El Oud said. “Ovi should have not been in this position but unfortunately, rules regarding Lebanese birds are not enforced well.”

Ovi has become something of a mascot for the restaurant, but the family hopes he can also become a symbol of how to properly interact with wildlife. “Everyone here takes care of him. He’s become the symbol of this place,” Ali El Oud told The National. “Hopefully, he won’t become domestic and will migrate again. We want him to have a life that a pelican should have.” 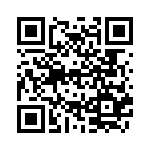