When Keith Resoort adopted Ivy and Harley four months ago, he quickly noticed how much they loved staring out the windows of his apartment. Their favorite activity is perching on the windowsills and watching the birds, and Resoort wondered if there might be a way to safely take them outside to let them explore.

Resoort decided to give the outdoor adventure thing a try, so he got each cat a harness and a leash. Once they were all harnessed up and ready to go, he took them outside so the two sisters could finally experience the world firsthand.

“Once I got them outside on the leash it took about 30 minutes for them to become comfortable and start exploring a bit,” Resoort told The Dodo. “They spent the first 30 minutes trying to hide between my legs or climb up to hide on my shoulders. But they eventually realized there is nothing to be afraid of and started to walk around and climb a few trees.” 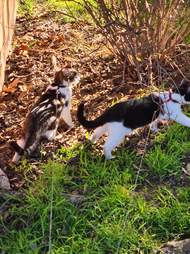 Once they got used to it, Harley and Ivy decided they loved being outside, and were having a blast exploring and lounging in the sun.

Since it was his first time taking cats outside on a leash, Resoort figured it would be similar to walking dogs. At one point, he tried to encourage the girls to go in one direction with the leash — but they made it very clear that they would only walk on their own terms.

As he tried to move forward, the girls decided it was more fun to be dragged along the ground — and actually seemed to enjoy it.

Resoort eventually gave up and just followed Ivy and Harley around so they could be the leaders, until it was finally time to call it a day and head back inside. 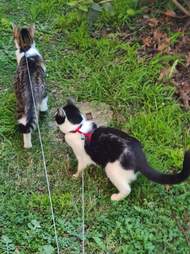 Overall, the first outdoor adventure was a success, and playing outside is now a regular part of the trio’s routine.

“They are now loving exploring,” Resoort said. “I’ve taken them out about five times now and they love it. They still go limp if I pull on them but I think they like it. I’m hoping to be able to take them to other areas and maybe even to go camping.” 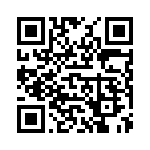