Veteran England pacer Stuart Broad has said he did think about calling it a day after being axed for last month’s opening Test against West Indies.

Broad finished the third Test between England and West Indies with a match haul of 10 for 67 during which he touched the milestone of 500 Test wickets.

Broad is just the seventh bowler — and second Englishman after James Anderson — to go past 500 Test wickets. He is also one among four fast-bowlers to achieve this impressive feat.

“Were there thoughts of retirement going round my head? 100%. Because I was so down,” Broad told Daily Mail on Sunday.

“I was expecting to play, which is always a bit of a dangerous thing in sport but I felt I deserved to play.

“When Stokesy [Ben Stokes] told me I wasn’t playing, I felt my body go into shakes. I could barely speak.”

He added: “I have not really told anyone this but I was so down that week of the first Test, I was really low. I was stuck in that hotel. I couldn’t go anywhere. It wasn’t like I could go back to [girlfriend] Mollie and have a barbeque and chill out and reassess.

“I didn’t sleep for two days. I was nowhere. A different decision could definitely have been made with my emotions of how I was feeling.”

Broad, who is now targeting 600 Test wickets, also revealed that Stokes, who was captaining in England in the first Test in the absence of Joe Root

, then played a key role.

“Stokesy knocked on my door on the Thursday night and stayed in the corridor to talk to me. He said: ‘This isn’t about cricket, but how are you, mate?’ That was very impressive for him to do.”

“In this modern world, sometimes face-to-face comfort can get lost. I have always had a huge amount of respect for Stokes and I will be friends with him for life, but what he did almost added to that. He is captain of the game, he has got a hell of a lot going on this week but he has taken the time to come and see how I am, which almost lifted me out of a bit of a rut.” 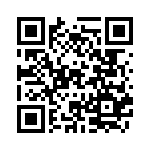