Just five research fields scooped up more than half of the Nobel prizes for science awarded in recent decades, according to an analysis exposing an “honours inequality” that may be skewing research funding.

John Ioannidis at Stanford University in California says he suspected that the most prestigious awards in science were clustering in certain fields, but it wasn’t until he and his colleagues combed through the Nobel winners from between 1995 and 2017 that the picture became clear.

The team found work on particle physics, cell biology, atomic physics, neuroscience and molecular chemistry accounted for 52.4 per cent of the Nobel prizes for chemistry, medicine and physics over the period. Only 36 of 114 scientific fields were honoured, leaving everything from respiratory diseases to planetary science excluded.

“It would be absurd to expect that all fields in science are having an equal chance of making ground-breaking discoveries and major advances. At the same time, it is also likely that there is some self-reinforcing mechanism that promotes the same fields again and again,” says Ioannidis.

He says the risk is that self-reinforcement drives money to a limited number of fields and skews what the most influential scientific journals choose to publish, exacerbating the problem. Researchers working in shunned fields might deem the situation “grossly unfair”, Ioannidis and colleagues say.

The researchers also identified one key paper per Nobel laureate. They found that within a year of each “Nobel paper” being published, an average of 435 other scientific papers were published that have ultimately turned out to be more heavily cited, suggesting plenty of science not recognised by the Nobel committee is actually more influential. The single exception was the 2004 paper on the discovery of graphene.

Andre Geim at University of Manchester in the UK, one of the authors of the paper about graphene, says he was glad it was the exception but says the trend is easy to explain. “Breakthrough results rarely come in a nice wrapping. Follow-up papers tend to be more accurate and complete, easy to read and understand, which makes them more citable,” he says. One reason for the prizes clustering in a few fields is that scientific progress is “never smooth or uniform”, he says.

Ioannidis says there are limits to the analysis. It is sometimes hard to identify a single paper as the epitome of the work for a Nobel, he says, and some disciplines may sometimes just not be very relevant for the three science awards. He suggests one fix may be the creation of new awards, but says the Nobel committee should brainstorm solutions. 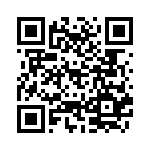 What Poetry Means for Doctors and Patients During a Pandemic