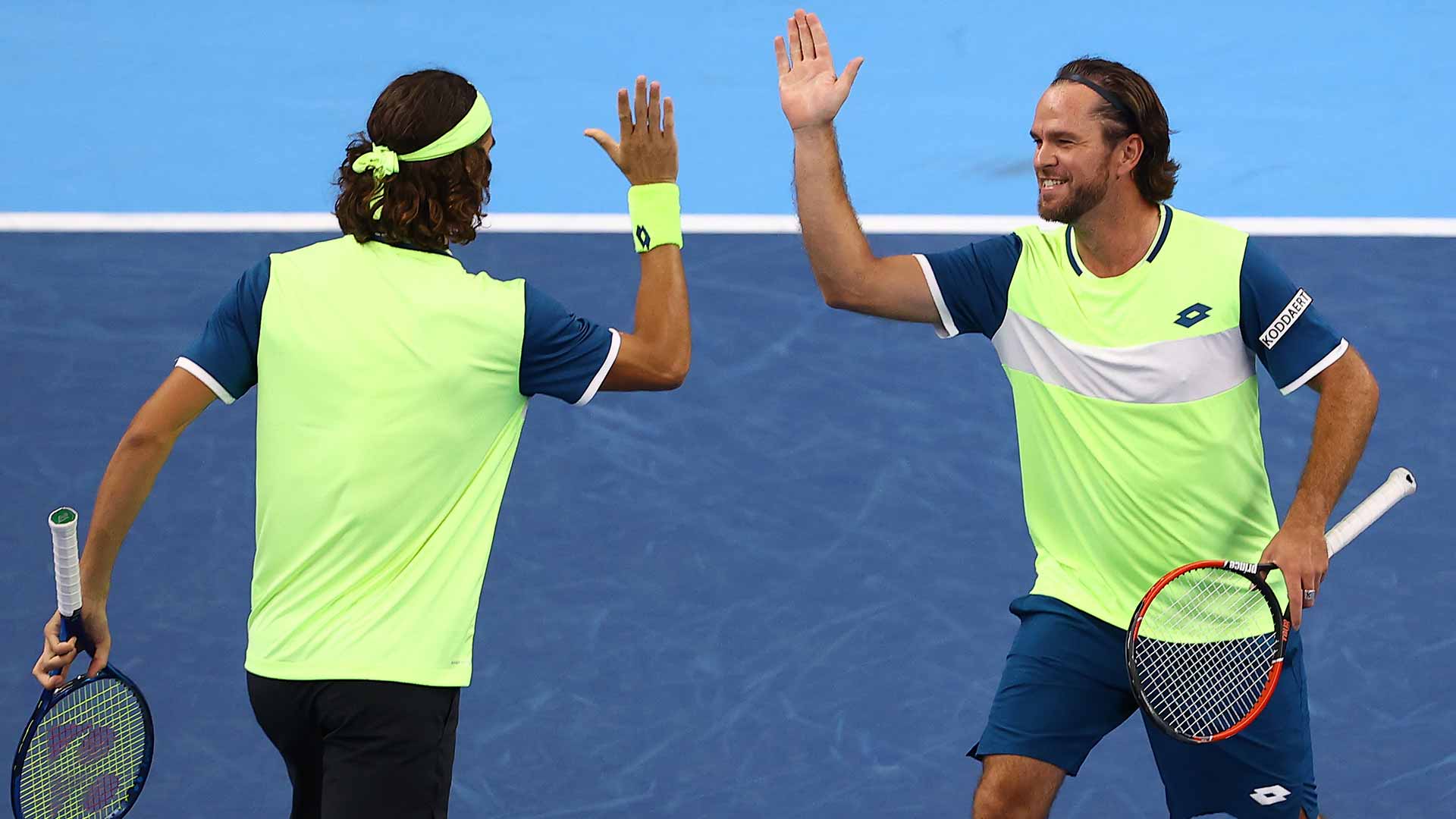 Lloyd Harris and Xavier Malisse are making the most of their one tournament as a team.

The wild cards advanced to the semi-finals of the European Open on Thursday with a 6-4, 3-6, 10-7 victory against top seeds Ivan Dodig and Marcelo Melo. They will play third-seeded Dutchmen Wesley Koolhof and Jean-Julien Rojer to reach the final.

Malisse has recently been travelling with Harris to coach the South African. They thought it would be fun to compete together once, and received a wild card into the Antwerp doubles draw.

You May Also Like: Harris Marches On In Antwerp

Before this week, Malisse had not competed in a tour-level event in more than eight years — since the 2013 US Open — but he has found the level that took him into the Top 25 in both singles and doubles. The South African-Belgian duo won four fewer points in the match, but still triumphed after 70 minutes.

“I didn’t expect to win,” Malisse told ATPTour.com after the pair’s first-round victory. Now they are just two wins from lifting the ATP 250 trophy.

Second seeds Nicolas Mahut and Fabrice Martin also made the last four with a 7-6(3), 6-4 triumph against Austrians Oliver Marach and Philipp Oswald. The Frenchmen will face Ukrainian Denys Molchanov and Kazakhstan’s Aleksandr Nedovyesov in the semi-finals.

Brkic/Cacic Claw Through In Moscow
Fourth seeds Tomislav Brkic and Nikola Cacic continued their pursuit of a second ATP Tour title together this year with a 7-6(4), 5-7, 10-8 victory against Britons Dominic Inglot and Ken Skupski in the VTB Kremlin Cup quarter-finals.

They will compete against Belarusian Ilya Ivashka and Spaniard Pedro Martinez in the semi-finals, after Ivashka and Martinez defeated Indian Rohan Bopanna and Pakistan’s Aisam-Ul-Haq Qureshi 7-6(4), 5-7, 10-8.

More stories like this in:
2021-10-21
Previous Post: I-T Department Recruitment: Apply for Income Tax Assistant, Stenographer and other posts, check incometaxdelhi.org
Next Post: 100 crore shots in the arm: India’s milestone in Covid vaccination – Times of India