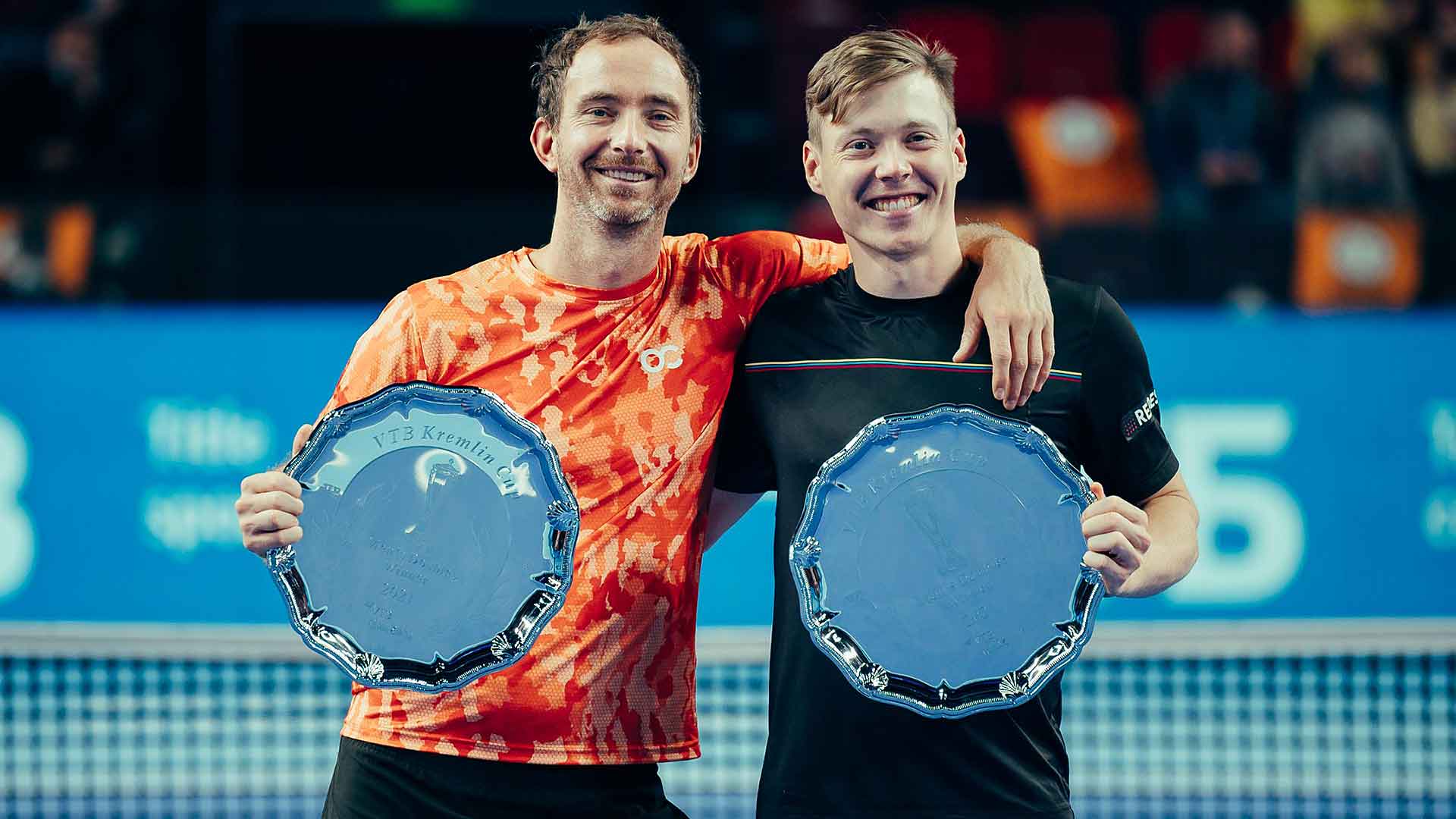 Harri Heliovaara and Matwe Middelkoop completed their dream debut week as a team on Sunday with a title, overcoming Tomislav Brkic and Nikola Cacic 7-5, 4-6, 11-9 in the VTB Kremlin Cup final.

The unseeded pair won 81 per cent (29/36) of their first-serve points and saved three match points in the Match Tie-Break, rallying from 6/9, before securing their victory after one hour and 44 minutes.

“It is so painful for your opponents that you almost feel it for them, but at the same time you are over the moon with your own emotions,” Heliovaara said. “This is what you play for, for these emotions. The fans also love it when it comes to those moments. The Match Tie-Break brings so much excitement to the game.”

You May Also Like: Mahut & Martin Cruise To Antwerp Doubles Title

Middelkoop was the reigning champion in Moscow, having triumphed at the ATP 250 event with Marcelo Demoliner in 2019. The 38-year-old has now won 11 ATP Tour doubles crowns, while Heliovaara has clinched two titles at this level. The Finn lifted the trophy in Marseille with Lloyd Glasspool in March.

“I really enjoyed playing with Harri,” Middelkoop said. “Harri is a good personality and a great fighter and he is fresh and is young and wants to learn and we are very appreciative towards each other. I think our games complement each other and I think we did a hell of a job today.”

Fourth seeds Brkic and Cacic were playing in their fourth tour-level final of the season together and were aiming to clinch their second tour-level crown as a team after triumphing in Buenos Aires in March.