The new Huawei P40 Pro is expected to come with a 50-megapixel primary camera sensor and will offer up to 50x zoom.

Huawei will be launching its new flagship series today at an online only event. The new Huawei P40 series has been long awaited and we are expecting two variants- the Huawei P40 and Huawei P40 Pro. There could be a third variant as well which is speculated to be called the Huawei P40 Pro+.

If you are interested in watching the launch event, you can catch all the announcements by tuning into the live stream which should be available on Huawei’s official website. The launch is expected to begin at 6:30pm IST (2PM CET). You can also go ahead and watch the live stream below:

The new Huawei P40 is expected to come with a 6.1-inch full-HD+ OLED display with an in-display fingerprint scanner. The phone willl be powered by an octa-core HiSilicon Kirin 990 SoC, with up to 8GB of RAM. It is also expected to include a triple rear camera setup with ‘Leica Ultra Vision’ featuring a 50-megapixel f/1.9 RYYB Sony sensor, a 16-megapixel secondary sensor, and an 8-megapixel sensor. To take selfies it will have a 32-megapixel camera at the front accompanied by a depth sensor.

The Huawei P40 Pro on the other hand is expected to come with a 6.58-inch OLED display offering a full-HD+ (2640×1200 pixels) resolution with 90Hz refresh rate. This one will also come with an in-display fingerprint scanner. It is also expected to come with the same octa-core Kirin 990 processor, with up to 8GB of RAM. Storage wise there will be an option of 128GB, 256GB, and 512GB and NanoMemory-2 standard storage expansion.

In the optics department it will offer a quad rear camera setup with the same 50-megapixel f/1.9 RYYB primary sensor, a 40-megapixel secondary sensor, a 12-megapixel tertiary sensor, and a 3D time-of-flight (ToF) depth sensor. The primary camera will also come with 50X SuperSensing Zoom. The front camera is expected to be the same 32-megapixel sensor as the P40 along with a depth sensor along with face recognition. The battery is said to be bigger rated at 4,200mAh battery along with 40W fast charging and wireless charging support. 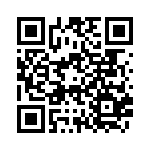