A large chunk of the focus was on Coronavirus as tech companies did their best to rework policies and more in an attempt to make life easier for the public at large—chatbots, virtual screening tools, the fight against fake news on social media and donations to healthcare systems around the world kept them busy.

Yet another week of working from home because of the social distancing requirements in an attempt to flatten the curve of the Coronavirus, or COVID-19 spread. But that didn’t mean there wasn’t enough happening in the world of tech to keep everyone busy. Or at least remotely interested. A large chunk of the focus was on Coronavirus as tech companies did their best to rework policies and more in an attempt to make life easier for the public at large—chatbots, virtual screening tools, the fight against fake news on social media and donations to healthcare systems around the world kept them busy.

At the same time, smartphone companies were unrelenting with new smartphone launches (you can read about Huawei P40 series here) or confirmations about upcoming features (Read about OxygenOS Always On Display here) and leaks about phones that may be launched in the near future (read about the OnePlus 8 series here). Nevertheless, amidst all the information overload, here are some of the top tech stories of the week.

Abbott has a new COVID-19 test

Abbott Laboratories said on Friday that it had gotten approvals for a diagnostic test for the coronavirus that can deliver results to patients within minutes and be used in physicians’ offices and urgent care clinics, as well as hospitals. Abbott said in a statement that it plans to begin distributing the test next week and will ramp up manufacturing to 50,000 tests per day in the US. “This is a significant leap forward,” John Frels, vice president of research and development at Abbott said. There are no plans for a global launch yet.

Social Media and the war against fake news

Be it the good times or the bad, fake news and misinformation on social media and instant messaging apps is never too far away. Right now, the likes of Facebook, Twitter, TikTok and WhatsApp are taking multiple steps to take down misinformation about Coronavirus, including treatments and cures which are absolutely fake (and may be incredibly harmful too) and myths about how to protect yourself from COVID-19 (there is no secret, wash your hands and sanitize yourself).

Microsoft has really messed up big time, particularly when millions around the world are working from home. The latest set of updates for Windows 10 can break the ability of the software and apps to connect to the internet, particularly if you are using a VPN. It also breaks the ability to reset the PC, and Microsoft says a patch will only be available early next month.

Read more here:DO NOT Update Your Windows 10 PC if You Are Working From Home: It May Break The Internet

Apple released the new iOS 13.4 and the iPadOS 13.4 updates for the, yes you guessed it, the iPhone and the iPad line-ups respectively. The headline changes for iOS 13.4 and the iPadOS 13.4 include the iCloud Drive Folder sharing option, trackpad support for the iPad line-up when you connect the new Magic keyboard or any trackpad accessory, as well as universal purchases between iOS and macOS that will allow developers to sell both set of apps as a single purchase.

Read more here:Apple Releases iOS 13.4 And iPadOS 13.4 For iPhone And iPad: Here Are The Release Notes

NASA’s Curiosity rover has sent us yet another epic photograph from the Martian surface, this time a selfie that is more than worthy of featuring in trendy Instagram Stories. On February 26, the Curiosity rover drilled a hole near the Greenheugh Pediment, a rocky highland area on Mars, and proceeded to use its medium-angle ‘left eye’ camera to take a surround photograph that includes the Martian land, the Hutton drill hole in front of the rover’s wheels, Curiosity itself, and the Greenheugh Pediment in the background.

There is an asteroid heading towards Earth, but don’t worry

Last weekend, the Centre for Near Earth Object Studies (CNEOS), operated by NASA to detect potentially hazardous space bodies that may collide with our planet, revealed the fly-bys of not one but four asteroids from within the identified potentially hazardous belt around Earth. Now, multiple reports have stated that yet another asteroid, the gigantic 1998 OR2, is making an approach towards Earth next month. Given NASA’s labelling of its trajectory as potentially hazardous, does the world seem like it would have yet another thing to worry about, beyond the ongoing coronavirus pandemic?

As everyone is stuck working from home, Apple has extended the free usage period for the Final Cut Pro X from 30 days to 90 days while the Logic Pro X is also being offered for a free trial for the first time. The Final Cut Pro X costs $300 while Logic Pro X is priced around $200. Even those who may already be in the midst of the 30-day free trial of the FCP X will get an additional 90 days of free usage. Hopefully by then, things will blow over and the world will be a better place. 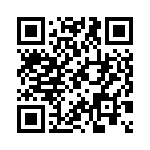