Pakistan cricketer Danish Kaneria, a devotee of Lord Ram, on Friday expressed his desire to visit the Ram Mandir slated to be built in Ayodhya.

In an exclusive conversation with India TV, Kaneria clarified his recent tweet wherein he tweeted “Jai Shri Ram” along with it shared the picture of Ram Mandir. Indian Prime Minister Narendra Modi on Wednesday performed the ‘bhoomi pujan’ for the Ram temple slated to be built in Ayodha. Besides Modi, other dignarities like Uttar Pradesh Chief Minister Yogi Adityanath

“Being a religious person, I am a devoted Hindu and I always try to follow the path shown by Lord Ram. Since childhood, we have seen Ramayana and I worship Lord Ram and his ideals of life. The tweet that I did about Bhoomi Poojan of Ram Mandir was not done to hurt or tease anyone. I believe in Lord Ram and that’s why I tweeted about it. If almighty Lord Ram desires, I will definitely come to India to see the temple. For us, it is a religious place and if I get an opportunity, I would definitely like to come to Ayodhya,” he said.

Kaneria is only the second Hindu cricketer to play for Pakistan after Anil Dalpat, his uncle, who was a wicketkeeper during the 80s. He called it a “matter of pride” in representing the Pakistan cricket team. He played 61 Tests and 18 ODIs for Pakistan between 2000 and 2007 taking 261 wickets and 15 wickets respectively.

“People accuse me of playing the religion card. I do not mean to do this nor have I ever played the religion card. My issue is only with the Pakistan Cricket Board and its double standards. The behavior of the PCB with the rest of the players is very good but when it comes to me, I am sidelined. I regret this,” he concluded. 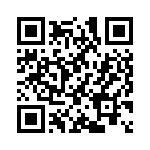