Students and staff members at Indian Institute of Management – Bengaluru (IIM-B) on Monday expressed solidarity with the protests across institutions in the country against the Citizenship (Amendment) Act.

In a letter addressed to Prime Minister Narendra Modi, 172 staff members and students at IIM-B expressed solidarity with students around the country.protesting against the enactment of the act.

“We the undersigned members of IIM Bangalore stand in solidarity with students around the country protesting against the Citizenship (Amendment) Act of 2019 (CAA). We call upon you to not trample the democratic rights of citizens to peacefully protest an unjust law,” the letter signed by members of the institution read.

“Non-violent civil disobedience is at the heart of our republic’s founding. We urge you to ensure that students can protest peacefully, and that violence is not incited by anyone including custodians of state in positions of great authority and responsibility,” the letter added.

The letter was signed by students and staff members in a personal capacity,

Reports of police attacking students in Jamia Millia Islamia (JMI) and Aligarh Muslim University (AMU) sparked off protests by students across the country. The violence occurred following incidents of arson and violence at the site of a protest against the Citizenship (Amendment) Act called by the students of JMI. The students and faculty at JMI claimed that they had not participated in violence and condemned it.

In Bengaluru, students at the Indian Institute of Science (IISc) joined the protest on Monday. Placards at the protest read,  “How dare you say we are not Indians?”, “NRC is anti-Constitutional”, “Why the hate for Muslims?”. Another placard in Bengali quoted late revolutionary poet Kazi Nazrul Islam stating, “Hindu and Muslims as two flowers of the same stalk.”

A further protest was planned at Town Hall in the city where students from National Law School of India and other members of the public are set to gather. 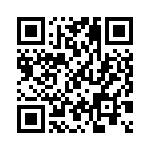