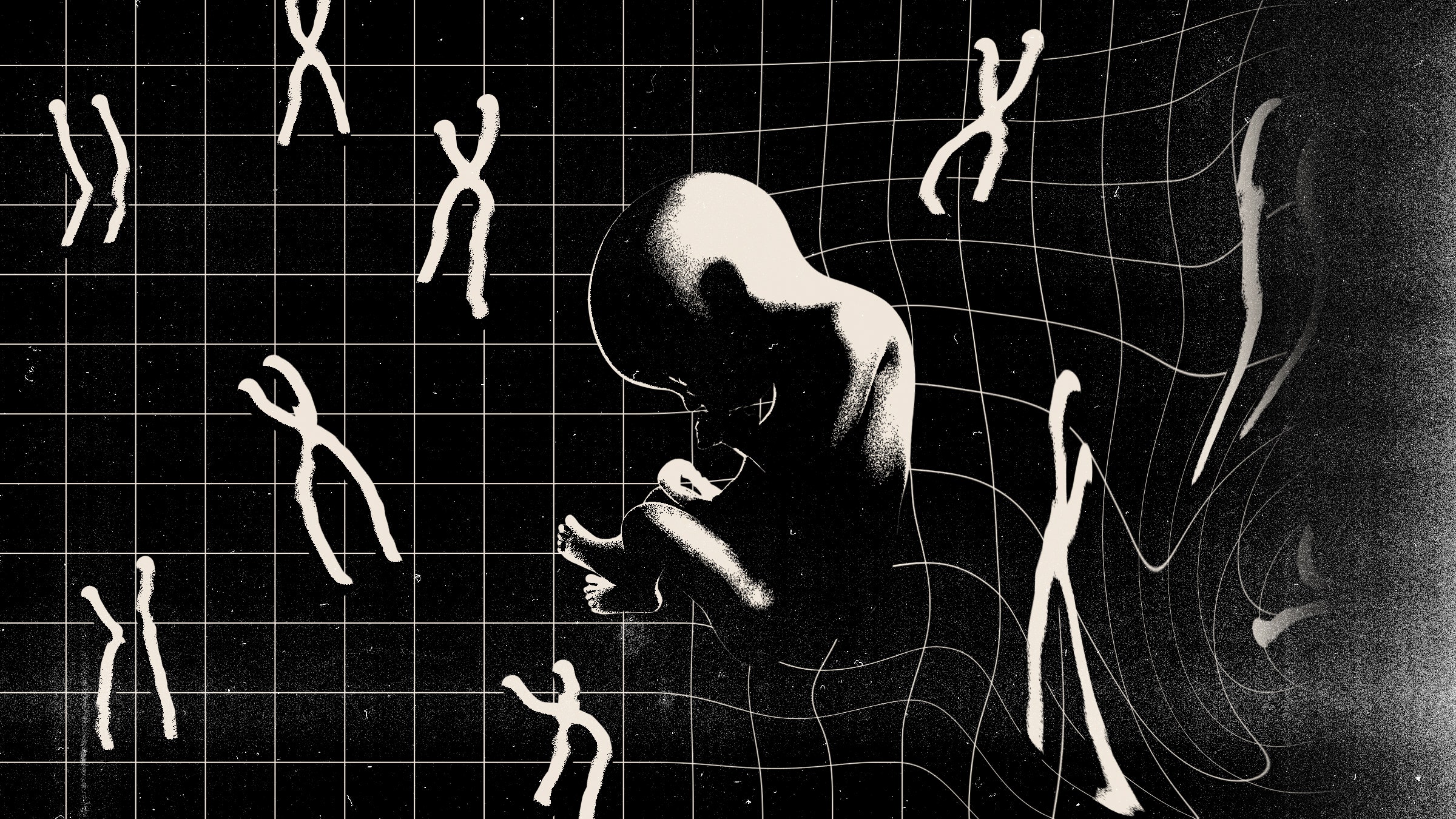 In the Cell paper, researchers led by Egli injected Crispr into human sperm from a donor with a blindness-causing mutation in a gene called EYS2 that resides on the long arm of chromosome 6. Once inside, Crispr made cuts at the site of the genetic glitch. The researchers didn’t add any new material to correct the sequence, because their goal wasn’t necessarily to fix the mutation. It was more to see how an embryo would repair the break if left to its own devices. Then they used the edited sperm to fertilize healthy eggs in the lab, creating 24 embryos. When they analyzed the genomes of the resulting embryos, they couldn’t detect the mutation in about half of them. On the surface, it looked like the edit had worked.

But then they looked closer, using DNA-screening techniques developed by employees of Genomic Prediction, a New Jersey startup that sells an embryo-selection tool to IVF clinics, to help parents pick the ones least likely to develop genetic disorders. (That includes missing or rearranged chromosomes, though Genomic Prediction is more famous for its founders’ forays into intelligence testing for embryos.) The company’s software counted snippets of DNA from both the maternal and paternal sides of chromosome 6, revealing that the mutation hadn’t been corrected. In fact, the genetic material contributed from the sperm had disappeared altogether.

Egli believes that the cut made by Crispr isn’t getting repaired at all, leaving a gap in the DNA. That fracture separates the long arm of the chromosome from its spindle—the fibers that pull chromosomes apart during cell division. “If it’s not attached to the spindle, then they can be lost,” says Egli. “Where exactly they go, we do not know yet.”

This is potentially a much bigger problem than the initial blindness-causing mutation. Massive amounts of missing or rearranged DNA might cause birth defects, cancer, or other health problems, if such embryos prove viable at all. “The outcome couldn’t be more different from correcting the mutation,” says Egli. “The loss of a chromosome is not compatible with normal development.”

Egli’s team’s experiments, and the safety concerns they raise, have already influenced the debate about whether scientists should use heritable human genome editing—that is, modifying the DNA of sperm, eggs, or embryos—to prevent genetic disease. The US bans any experiments involving establishing a pregnancy with an embryo that has been genetically modified. Seventy-five other countries have similar prohibitions on the books, according to a recent survey of global gene editing policies. No country explicitly permits heritable human genome editing, but many nations have no laws that address it at all.

A World Health Organization panel is working to establish coordinated global regulatory standards for governments to follow. Last July the WHO issued a statement urging countries to put an immediate stop to any experiments that would lead to the birth of altered humans. Last month a second committee, convened by the National Academies in the wake of the Crispr baby scandal, released a 225-page report describing how safe and ethically permissible heritable human genome editing might proceed. (TL;DR: not yet; not for a while; not for most diseases.) The report cited Egli’s team’s work—along with two other preprints describing unintended chromosomal modifications that at the time were not yet peer-reviewed—as evidence that the science is still too premature to move to clinical trials.

“It’s a clever study, well-performed, and the results are very compelling,” says Gaétan Burgio, a geneticist at the Australian National University, who was not involved in the research. He says it reinforces the fact that the technology is still not safe and will require huge improvements before anyone should try starting any pregnancies with edited embryos. “I think we are still miles away from translating this to the clinic,” says Burgio.