After impressive show against Australia from behind the stumps, KL Rahulis all set to continue his inspiring run in the New Zealand series also. On the eve of the first T20I between India and New Zealand, BCCI posted a video of Rahul on their Instagram handle, where the Karnataka born was behind the stumps and facing the lethal pace duo of Navdeep Saini and Jasprit Bumrah in the nets.

Indian skipper Virat Kohli also backed him as a wicketkeeper ahead of the first T20I and insisted that Rahul has performed well and the current combination brings the ‘best balance to the side’.

“Him doing really well with the gloves has opened up another scenario for us where it gives us a lot more balance in playing an extra batter. If he can keep that well and perform well with the bat, then why not? This is something we are looking to continue for a while. Nothing is taken away from anyone else, it just brings the best balance to the side,” said the 31-year-old.

“I know there will be talks about what happens to other players. For us, the most important thing is balance,” he added.

Earlier on Thursday morning, BCCI posted a photo of star Indian opener Rohit Sharma, along with all-rounders Shivam Dube, Ravindra Jadeja and Shardul Thakur are sharing a burst of big laughter in the practice session. 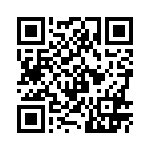