India on Saturday took strong offence to Pakistan’s reaction on the Supreme Court’s verdict on Ayodhya title suit and condemned its “pathological compulsion to comment on our internal affairs”.

Several Pakistani leaders, including foreign minister Shah Mehmood Qureshi, had roundly condemned the Supreme Court’s decision with many comparing it with the opening of the Kartarpur Corridor and commenting on what both developments meant for each country.

In response to these comments on matters internal to India, the spokesperson of the ministry of external affairs Raveesh Kumar stung back.

“We reject the unwarranted and gratuitous comments made by Pakistan on the judgement of the Supreme Court of India on a civil matter that is completely internal to India. It pertains to the rule of law and equal respect for all faiths, concepts that are not part of their ethos,” MEA’s spokesperson Raveesh Kumar said.

“So, while Pakistan’s lack of comprehension is not surprising, their pathological compulsion to comment on our internal affairs with the obvious intent of spreading hatred is condemnable,” Kumar said.

Pakistan’s foreign minister Shah Mehmood Qureshi had questioned the timing of the Supreme Court’s judgment on the Babri masjid and said it was “significant.”

He said that the announcement came at a time which could eclipse the goodwill that would have been created for Pakistan in the India with the inauguration of the Kartarpur Corridor.

“They are trying time and again to play down today’s historic achievement which is an initiative of Pakistan prime minister Imran Khan,” Qureshi said while speaking to Pakistan Television.

Information advisor Firdous Ashiq Awan also accused India of trying to hijack the Kartarpur inauguration ceremony. She told reporters in Islamabad that the timing of the announcement was done to create more confusion.

While leader of the opposition in the National Assembly Shehbaz Sharif called the verdict a “travesty of justice”, human rights minister Shireen Mazari said the ruling marked the “end of facade of secular India”.

Pakistan’s minister for science and technology Fawad Chaudhry, in a tweet, said the verdict as “shameful, disgusting, illegal and immoral”.

PPP Senator Sherry Rehman pointed out that while Pakistan was opening the Kartarpur Corridor for Indian Sikhs, the Indian Supreme Court had announced a verdict against the Muslim community. 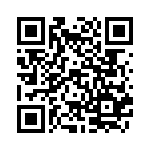