Under the sunny sky in Wellington on day 2 of the opener, everything went wrong for the Indian side as the visitors crumbled inside two hours. Ajinkya Rahane

ran out Rishabh Pant early in the session before Tim Southee struck twice to dismiss Ravichandran Ashwin on duck and the vice-captain on 46. Beginning the day at 122 for five, India managed to add just 43 runs more for the remaining five wickets with Southee causing most of the damage.

In the fourth over of the morning session, Rahane fended off the length ball from Southee to point and called for a quick single. Pant looked hesitant and reacted late to the single call and hence remained out of the frame when Ajaz Patel dislodged the bail from point position. Southee then emulated the Prithvi Shaw dismissal delivery to get rid of Ashwin.

Back-to-back dismissals left Rahane with the tail enders and he began to push for runs. Southee caused confusion with a widish ball at length as Rahane looked to let go, but the ball took the inside edge and BJ Watling completed the formalities behind the stump.

Mohammed Shami began to frustrate Southee with a couple of dangerous shots amid his boundaries before Tom Blundell provided the pacer with his fourth wicket as India were wrapped up for 165.

The total is India’s second-lowest first-innings total under Virat Kohli‘s captaincy after their total of 107 at Lord’s against England in 2018. Overall, India managed below 200 totals in the first innings five times under Kohli and won just two – in Bengaluru in 2017 and in Johannesburg in 2018. 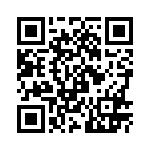