Team India skipper Virat Kohliis eyeing major record in the first Test match against New Zealand on Friday in Wellington. Kohli, who has several records on his name in the record books has set his eye on Sourav Ganguly’s run-tally in Test cricket.

The two-match Test series between India and New Zealand will be part of the World Test Championship.

Ahead of the first Test, Kohli on Wednesday rated the World Test Championship as the biggest among all the ICC events in the wake of revelations that the game’s governing body is planning to have more flagship white-ball tournaments during the next eight-year cycle from 2023-2031.

“I think World Test Championship as an ICC tournament should be right up there. All the other tournaments for me, they start under that. This is probably the biggest of them all as every team wants to make it to the final at the Lord’s. We are no different.

“We are in that zone. We want to make sure that we qualify as soon as we can and be in that frame of mind to hopefully win that (championship),” said the Indian skipper. 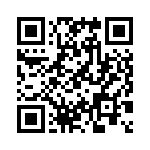 Still looking forward to IPL, it should happen if things settle down: Rohit Sharma