The Indian cricketers on Saturday met the Suryakiran Aerobatic Team of the Indian Air Force as the side prepares for the third and final T20I against Bangladesh.

The pilots, clad in their orange uniforms, spent about an hour meeting cricketers including Shikhar Dhawan, Rishabh Pant and Manish Pandey.

The meeting was organised since the pilots were here for ‘Air Fest 2019’.

Team India made a strong comeback in the second T20I of the ongoing three-match series against Bangladesh as stand-in skipper Rohit Sharma (85) shined in a comprehensive 8-wicket win over the visitors to level the series.

Earlier, Bangladesh pulled out a stunning fightback in the first T20I to take a 1-0 lead in the series.

Such a lovely afternoon here in Nagpur as #TeamIndia caught up with the Suryakiran Aerobatic Team of the Indian Air Force @Suryakiran_IAF ✈️🇮🇳🇮🇳 #suryakiran pic.twitter.com/kOXpVT8FvL

Ahead of the series-decider in Nagpur, Rohit Sharma interacted with the media for the pre-match press conference, where he addressed the criticism regarding wicketkeeper-batsman Rishabh Pant’s form. Pant’s sloppy mistakes in the second T20I were the centre of attention throughout the game.

“You know there is a lot of talk happening about Rishabh Pant every day, every minute. I just feel that he needs to be allowed to do what he wants to do on the field. I would request everyone to keep their eyes away from Rishabh Pant for a while,” skipper Rohit said on the eve of the T20 series decider against Bangladesh here.

“He is a fearless cricketer and we (team management) want him to have that freedom. And if you guys take your eyes off him for sometime, it will allow him to perform even better.” 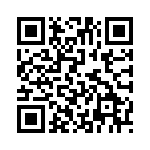