NEW DELHI: Congress president Sonia Gandhi Sunday launched a scathing attack on the government over the three farm laws, the handling of the Covid-19 pandemic, economic slowdown and alleged atrocities against Dalits, while claiming that Indian democracy is passing through its “most difficult phase”.
A “conspiracy” has been hatched to defeat the gains of the ‘green revolution’, she alleged, slamming the government over the three “anti-agriculture black laws”.
Addressing a meeting of AICC general secretaries and state-incharges which she presided over, Gandhi also alleged that the country was being ruled by a government which was “systematically” handing over the rights of citizens to a handful of crony capitalists.
This was the first meeting of general secretaries and state in-charges Sonia Gandhi chaired after a major organisational reshuffle last month.
Hitting out at the government over the recently passed farm laws, she said the BJP-led dispensation has attacked the very foundation of India’s resilient agrarian economy by bringing in “three anti-agriculture black laws”.
“A conspiracy has been hatched to defeat the gains of the ‘green revolution’. Lives and livelihoods of crores of farm labourers, leasehold farmers, small and marginal farmers, toiling labourers and small shopkeepers are under attack. It is our solemn duty to join hands to defeat this sinister conspiracy,” Gandhi asserted.
The three farm bills — the Farmer’s Produce Trade and Commerce (Promotion and Facilitation) Bill, 2020, the Farmers (Empowerment and Protection) Agreement of Price Assurance and Farm Services Bill, 2020 and the Essential Commodities (Amendment) Bill, 2020 — were passed by Parliament recently. Subsequently, President Ram Nath Kovind gave his assent to the bills.
The Congress, many other opposition parties and several farmers organisations have been protesting against these legislations, claiming that these will harm the interests of farmers and benefit corporates, a claim denied by the government. The Centre has asserted that these new laws will be beneficial for farmers and will increase their income.
Alleging that the country’s democracy is passing through its “most difficult phase”, Gandhi claimed there is a “designed attack” on the Constitution and democratic traditions.
The country was pushed into the “abyss” of coronavirus pandemic by “sheer ineptitude” and “mismanagement” of the Modi government, Gandhi alleged in her opening remarks at the meeting.
“All this happened as we witnessed the biggest unplanned and cruel migration of crores of migrant labourers as the government remained a mute spectator to their miseries.
“The stark truth is that a prime minister who promised to defeat corona within 21 days has abdicated his and his government’s responsibility towards the citizens,” Gandhi said.
There is neither a plan nor strategic thinking, solution or a way ahead in the fight against the pandemic, she alleged in her address in Hindi.
Gandhi claimed that the government has simultaneously “demolished” the economy, built painstakingly by the hard work of fellow Indians and the vision of successive Congress governments.
“Never has the country witnessed such a free-fall in GDP as also all other economic indices. Today, the young have no jobs. Nearly 14 crore jobs have been lost. Small and medium businesses, small shopkeepers and other small enterprises are shutting at an unprecedented pace, yet an uncaring government remains a mute spectator,” the Congress president said.
She also accused the government of failing to honour even its Constitutional responsibilities, saying the share of GST compensation is being denied to states.
“How will the state governments help our people, if the government of India was to renege on its Constitutional obligations? This must be a first example of economic anarchy being spread by the central government,” Gandhi said.
Alleging that atrocities against Dalits have reached a “new zenith”, she said that instead of honouring the law and granting adequate protection to India’s daughters, BJP governments are siding with criminals.
“The voice of oppressed families is being suppressed by the agencies of the state. Is this the new ‘Raj Dharma’?” Gandhi asked.
She exhorted the general secretaries and state in-charges to take on these challenges and stand with the people, saying this is what defines the Congress organisation.
“I am confident that all of you would toil hard and stand up to the forces attacking India and its people. Let us join hands to defeat the anti-democracy and autocratic designs of the ruling BJP,” she said.
“Persistent and determined struggle for the cause of people is the heart and soul of Indian National Congress. Even today, dedicated service of fellow citizens and determined fight against the injustice, inequity and discrimination in all spheres is the guiding light for every Congress men and women,” Gandhi said. 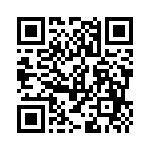