Discovering giant prime numbers involves laborious trial and error, and they are of little use when they are found. For certain devotees, that’s beside the point

JON PACE had spent 14 years searching for a monster. A finance manager at FedEx in Memphis, Tennessee, he was more comfortable trawling through spreadsheets than hunting exotic beasts. He also happened to be one of the least well-equipped in the game, so he knew the odds were stacked against him. “I probably had a better chance of being struck by lightning,” he says.

But on 26 December 2017, Pace finally laid eyes on the object of his desire: the largest prime number then known, running to a whopping 23 million digits. It was so long that, printed out in two-point font, it could have easily filled a book.

In some ways, he needn’t have bothered. His discovery has virtually no practical value. So what has inspired Pace and hundreds of others to devote themselves to the Great Internet Mersenne Prime Search (GIMPS), in which people scour the furthest reaches of the number line in search of enormous primes?

There is no one single answer. Not all the volunteers are numberphiles. Some get into it for the prize money offered for innovations in computing: $150,000 for the first 100-million digit prime. Others join the hunt to put their latest souped-up computer through its paces. For the most devoted, though, it is above all about the thrill of discovering something rare and beautiful, something nobody has ever seen before.

We corrected the description of the predicted number of primes 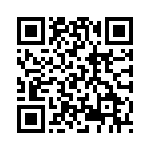 Where Did Plants Come From? This Ancient Algae Offers Clues

Business as Usual Is On Hold—Even at the EPA