The documents sourced by Technoblog also say that the iPhone 12 Pro will be manufactured in Foxconn factories in Brazil and India, apart from China, where Apple usually produces the first batches. Apple first started producing the iPhone 11 in India in July this year. Apart from the iPhone 11, the iPhone XR, iPhone 6S, iPhone 7, and the old iPhone SE are being locally produced in India. 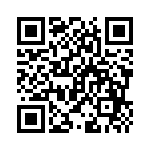