Royal Challengers Bangalore organized an intra-squad match for the tune-up to the 13th edition of IPLwhere they will face SunRisers Hyderabad in their first game on September 21. The RCB players were divided among two teams led by skipper Virat Kohli and leg-spinner Yuzvendra Chahal. In the exciting clash, AB de Villiers was the star with the bat for Team Chahal in the victory over Team Kohli.

RCB Directer of cricket Mike Hesson said they divided the teams on the basis of match-ups to provide balance in both squads in the terms of left-right batting combinations or spinners with different variations. Team Chahal had the likes of Devdutt  Padikkal, Umesh Yadav and Navdeep Saini alongside De Villiers in the squad. While, Kohli’s team had Isuru Udana, Chris Morris, Parthiv Patel and Mohammed Siraj as the key players.

AB de Villiers slammed 43 runs off 33 balls while opening for Team Chahal as they set a competitive total on the board. Young Devdutt Padikkal also looked in good touch while opening the innings with ABD. Washington Sundar, who was part of Team Kohli, picked two wickets for just 11 runs.

With our 1st match of #Dream11IPL just 4 days away, the team played a practice game where Team Chahal took on Team Kohli.#PlayBold #IPL2020 #WeAreChallengers pic.twitter.com/7NWCmznEqE

Chasing the target, Kohli opened the innings alongside Parthiv Patel as both the batsmen looked in good touch. While, Chris Morris, who was bought for whopping INR 10 crore in 2020 auction, also slogged some ball in the later stage of the innings. Shahbaz Ahmed was the pick of the bowler for Team Chahal as he scalped 3 wickets for 13 runs.

After the game, Hesson said it was a tough wicket to bat on as Team Chahal did well to beat Team Kohli in a competitive contest.

RCB are still missing overseas players like Aaron Finch, Moeen Ali, Adam Zampa and Josh Philippe in training camp, who will soon join them after the completion of England vs Australia series. 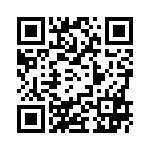