It has been quite an eventful build-up for the Chennai Super Kings ahead of the 2020 Indian Premier League. The side lost two of its key members merely weeks before their season opener in Suresh Raina

and Harbhajan Singh, as both withdrew from the tournament. In the first week of September, the side faced further setback as bowler Deepak Chahar and young batsman Ruturaj Gaikwad tested positive for COVID-19. While Chahar has recovered, Gaikwad continues to remain positive.

Despite such blows, one may still not convincingly argue that CSK have hit the panic button. The reason? The franchise boasts of one of the calmest minds on the cricket field as its captain, and is bolstered by some of the most experienced players in the tournament.

And so, the three-time champions are gearing up for a rematch of the IPL 2019 final for the season opener in the upcoming edition, as they meet arch-rivals Mumbai Indians at the Sheikh Zayed Stadium in Abu Dhabi on September 19.

There may not be a single fan inside the stadium, but it is still needless to say that most eyes will be on the return of MS Dhoni, who makes a comeback to the cricket field after more than a year. The fact that he announced his international retirement last month adds more value to his appearances for the Chennai Super Kings this season. The revered ‘Thala’ looked in good touch in the practice sessions, and under his captaincy, the CSK will be aiming to equal Mumbai Indians’ record of four IPL titles.

They were infamously nicknamed the ‘Daddy Army’ when CSK made a comeback to the IPL after the two-year ban. However, MS Dhoni’s men proved the doubters wrong after lifting the title in the same season. The side, yet again, reached a final in the 2019 edition of the tournament and were denied a trophy by a margin of a single run.

In players like Shane Watson, Faf du Plessis, Imran Tahir, Kedar Jadhav and Dhoni himself, the Chennai Super Kings have seasoned campaigners who are well proven at this level. In Ravindra Jadeja, the side has an all-rounder who is in his prime and continues to be a mainstay for the Indian team across all the formats of the game.

CSK holds a certain edge with the number of IPL veterans in their spin department. Even as Harbhajan remains unavailable, the duo of Tahir and Jadeja will be well complimented by New Zealand’s Mitchell Santner and the side’s newest arrival, Piyush Chawla.

Suresh Raina has remained an integral part of the Chennai Super Kings unit ever since the inception of the league. Needless to say, his services will be dearly missed by CSK when they take the field this season. The absence of Ruturaj Gaikwad further adds to the dilemma in the CSK camp, as it may disbalance the side’s batting order to a certain extent.

While CSK don’t face an absolute dearth of batting options in the side, Raina’s absence could allow significant changes in the side’s batting structure. MS Dhoni may come at an advanced batting position, or Murali Vijay, who has largely remained on the bench in the previous two seasons, may have a bigger role to play this year.

While Shane Watson and Faf du Plessis remain the two overseas picks among batsmen, Ambati Rayudu, Dhoni, Vijay and Kedar Jadhav may tussle up for the remaining positions. With the presence of Ravindra Jadeja in the lower-middle order, and West Indies’ Dwayne Bravo, CSK has two players who can end the innings on a high.

However, Dhoni will be hoping for a big tournament from his overseas batsmen, Watson and Faf, who can make up for Raina’s absence in the side. Watson, in particular, has been key for Chennai Super Kings in their title-winning campaign, and also produced impressive performances during the later stages of the previous year’s edition.

With the pitches in the UAE favouring the spinners, Chennai Super Kings boasts of a number of quality bowlers in the department. Imran Tahir finished the previous year as the highest wicket-taker in the IPL, and will be expected to lead the spin bowling attack once again.

The recent arrivals in the CSK camp include Piyush Chawla and R Sai Kishore. While Kishore is an experienced campaigner in the domestic circuit and has impressive performances in the Tamil Nadu Premier League, Chawla is one of the IPL veterans who has won the tournament earlier with the Kolkata Knight Riders. As with Watson, Dhoni will be hopeful of Chawla stepping up in the absence of Harbhajan Singh.

Ravindra Jadeja, however, remains the perfect pick to exploit the dry conditions in the United Arab Emirates. He may lack variations, unlike Tahir and Chawla, but possesses unmatched accuracy, which would be key on the slower tracks.

In the pace attack, Deepak Chahar and Lungi Ngidi may be the ones to feature more regularly than the rest. However, it would be harsh to ignore Sam Curran, the 22-year-old who adds a fresh breath of air to a relatively senior squad. Besides, Curran also offers a handy batting option lower down the order.

Chennai Super Kings have been one of the most successful side in the history of the IPL, and much of it is down to the team culture. With such an experience in the side, the individual roles are often pre-defined, and hence, even when the side may look a little underwhelming on the paper, they can be a brute force when they step on the field. This season, the side may have weakened with the departures of its two important players, but it would still be ill-advised to take CSK lightly. The side’s quality in bowling options sets it apart from the rest, and with the presence of big hitters in the batting order, it remains a strong contender for the trophy. 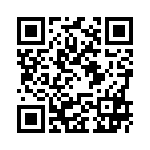