Increasing their chances to qualify for playoffs, KL Rahul-led Kings XI Punjab defended a modest 126 and snatched an impressive 12-run victory against David Warner-led Sunrisers Hyderabad on Saturday at Dubai International Stadium. At one point, SRH were looking comfortable to hunt down the total with ease.

However, Punjab’s bowling unit made an impressive comeback and wrapped up SRH on 114 to gather two much-needed points to their name. Arshdeep Singh and Chris Jordan shined with the ball by scalping three wickets each and turning the tide in KXIP’s favour.

SRH started off the run-chase in an impressive way by stitching a half-century partnership. After stitching a robust opening stand, skipper Warner and Jonny Bairstow were sent back by Ravi Bishnoi and Murugan Ashwin. To add to KXIP’s woes, Abdul Samad also fell prey to Mohammed Shami on just 7, with the scoreboard reflecting 67/3.

However, the Indian pair of Manish Pandey and Vijay Shankar bolstered SRH’s run-chase by stitching a 33-run stand. Pandey departed on 15 but Shankar steadied his side’s ship by stitching a much-needed 26 off 27 deliveries. However, things turned ugly for SRH after Shankar’s departure. Warner’s men shattered like a stack of cards in the last two overs, losing last five wickets in a span of just nine deliveries.

Earlier, KXIP, after being to bat first, managed to post just 126 runs on the board while struggling against an economical performance by the SRH bowling unit. In absence of Mayank Agarwal, Punjab’s top-order force failed to fire at the start as they soon slumped to 66/3. Chris Gayle also departed on 20 off Jason Holder‘s delivery.

Wickets continued to tumble for KXIP as Glenn Maxwell (12), Deepak Hooda (0) and Chris Jordan (7) also departed without leaving any impact. Nicholas Pooran, stitching a vital 32 off 28 deliveries, steadied KXIP’s ship and stayed unbeaten until the end.

With this crucial win, Rahul’s troops have climbed up to the fifth spot with 10 points under their belt. Eyeing to break into the upper half of the points table, KXIP will now face Kolkata Knight Riders in a vital encounter on Monday. 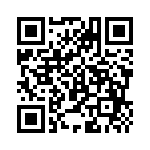