With the bottom teams saying, “We will not go quietly into the night”, the mathematical calculations behind the remaining three playoffs spot gets even more complex. It would have been almost a done deal for Kings XI Punjab on Friday night at the Sheikh Zayed Stadium, and it completely looked in their favour following Chris Gayle‘s powering 99. But less than an hour later, all looked ominous for Kings XI as Ben Stokes took Rajasthan Royals off to a flyer before Sanju Samson’s 25-ball 48 added to their woe. And by the end of the night, Royals emerged victoriously, chasing 186 with 15 balls to spare and seven wickets remaining.

How does the playoffs scenario look from hereon…

The Friday-night loss certainly implies that the fourth-placed side will finish with 14 points with NRR playing a major role in deciding the final spot. KXIP still stand fourth in the table with 12 points from 13 games and an NRR of -0.133. They need to beat Chennai Super Kings in their final game while also ensuring that SRH, who have a far better NRR, lose both their remaining matches. Ehat makes their task harder is that since being eliminated from the race, CSK have won two on the trot, defeating two top-of-the-table teams – RCB and DC.

While the defeat hampered KXIP’s comfortable run to the playoffs, the win certainly improved the chances for the Royals who have now moved to the fifth spot in the points table with as many points from as many games, only differing on NRR (-0.377), which is far worse for them. Yet, things still look bleak for the Royals. They need to just beat KKR in the final game, Rajasthan need to ensure that KXIP and SRH lose their remaining games.

For KKR, who as well have a poor NRR (0.467) and have as many points as RR and KXIP, the scenario stands exactly the same as that of the Royals.

A healthy NRR of +0.396 and two games at hand places SRH at a better position than the three other competitors for the fourth spot. But they need to win both their matches – against RCB and MI – and SRH will automatically become the fourth team to qualify with no NRR in question. 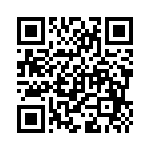