Kings XI Punjab were riding high in the IPL

2020 with five wins to their name on the trot and were considered by many as favourites to make it to the play-off stages. However, a spirited perfromance from Rajasthan Royals, who found winning momentum of their own with back-to-back victories, humbled the Kings with a seven-wicket win and 21 balls to spare while chasing down a challenging 186.

It was very clear that dew factor did play a role yet again in the second innings as the batting looked much easier than first innings when Chris Gayle was standout performer for KXIP with a 63-ball 99. This made winning the toss most important part of the game and on the day it went to RR skipper Steve Smith, who smartly opted to bowl first.

KXIP skipper KL Rahul admitted that team’s fate was more or less decided after losing the toss but felt bowlers could have done better to defend a total like 186.

“It was a horrible toss to lose with the amount of dew later on. It did get very very easy to bat on. The wrist-spinners want the ball to be dry and get some grip off the surface but with the dew it got really difficult,” Rahul said after the match.

“On a sticky wicket, as it was when we batted, this was not a bad total. We didn’t bowl badly, but we need to learn to bowl better with the wet ball,” the skipper said. 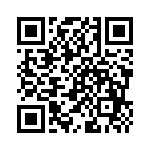