A historic Indian Premier League match, which saw two sides insatiable hunger to win, produced two Super Overs to finally declare a winner in Kings XI Punjab, who gave it their all to end the five-match winning streak of mighty Mumbai Indians in Dubai on Sunday.

Mayank Agarwaland Chris Gayle ensured the victory in the second and final Super Over with the duo smashing two boundaries and a six to seal the game after asked to chase 11 runs against Trent Boult.

In the first Super Over, Bumrah must have thought he has done enough as he bundled out Nicholas Pooran then KL Rahul for just five runs. But Shami matched his effort by defending the negligible total with his premium death bowling skills.

Earlier The match was tied after Chris Jordan (13 off 8) was run out at the end while trying to steal a two of the last ball of the match.

The chase was down another innings-building 77-run knock by KXIP skipper KL Rahul, who took the side to a comfortable position before departing in the 18th over. Deepak Hooda (22 not out) and Jordan, however, could only enforce a tie while scoring eight of the nine runs needed in the final over bowled by Trent Boult.

Chasing a challenging total, KXIP were handed first and a major blow in in-form Mayank Agarwal, who was dismissed by Jasprit Bumrah after scoring just 11 runs off 10 balls.

Unperturbed by the loss, KL Rahul — joined by Chris Gayle at the other end — kept the scoreboard ticking with four boundaries and two sixes as KXIP crossed 50 at the end of the powerplay.

This allowed Gayle the time to get into the groove and he duly upped the ante in the middle overs; starting with a huge six over long-off to fellow West Indian Kieron Pollard. Despite the good start, Gayle (24 off 21) couldn’t convert his innings big and fell to Rahul Chahar at the beginning of 10th over with 75 runs on board.

The wicket had no impact on KXIP’s run flow with Nicholas Pooran having a go at MI bowlers from the word go. Pollard was again the target man as Pooran took him for the cleaners with two sixes, bringing up side’s 100 by the end of 11th over.

Pooran’s 11-ball 24 knock came to an end soon after as his hook shot off Bumrah’s bouncer was grabbed by Nathan Coulter Nile at fine leg. KXIP was in further trouble with Chahar removing Glenn Maxwell for nought in the very next over before Rahul reached his fifty off a six in 34 balls.

Rahul shoulder the responsibility of scoring from this point on as he did most of the scoring in the fifth wicket 28-run stand with Deepak Hooda before being bowled out by Bumrah’s yorker in the 18th over.

Earlier in the first innings, Kieron Pollard and Nathan Coulter-Nile smashed 57 runs in the death overs to take Mumbai Indians to 176/6 in their 20 overs against Kings XI Punjab at the Dubai International Stadium on Sunday.

Pollard ended the innings unbeaten on 34 off 12 deliveries with one four and four sixes while Coulter-Nile scored 24 off 12 balls with four fours to his name.

Their partnership shifted the momentum MI’s way as the four-time champions’ top order, with the exception of opener Quinton de Kock, failed to fire.

The South African was dismissed on 53 off 43 balls in the 17th over after which Pollard and Coulter-Nile took the attack to the opposition. 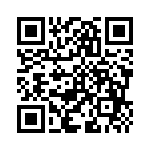 IPL 2020 | It’s not a crisis, we just need to back our strengths: Kagiso Rabada