As Indian Premier League governing body has allowed the 21 Australian and English, arriving from the UK on Friday, to undergo just 36 hours of quarantine instead of the earlier prescribed norms of six days, it certainly benefits a team like Rajasthan Royals, whose team’s core is built around overseas stars Steve Smith, Jofra Archer among others.

Royals skipper Smith’s — who currently holds a place among the best batsmen in all format of the game — passion for cricket, hunger to win and exploits at the top level is widely known. And being back in the captaincy role, coupled with the shadows of the infamous ‘2018 Sandpapergate scandal’ now away from him, means he could focus on exerting his presence on the side with his performance. His overall T20 batting has also reflected since his return to cricket last year as his strike rate has also improved, making him the perfect-fit for No.3 position.

While the Aussie star in the past has switched between No. 3 and No. 4, it would be better for the team’s best batsman to play at No. 3 position in order to play as many deliveries possible.

However, the captain will first have to find his best opening combination as likes of Buttler, Sanju Samson, Yashashvi Jaiswal and Robin Uthappa are in fray for the role. Since it’s important for Smith to come at No.3 regularly, it would be better to adjust Uthappa or Sanju down the order at No. 4.

While the duo possesses the experience to bat at the position, their inability to click consistently could quickly turn out to be a middle-order headache for RR think tank.

With Ben Stokes remains uncertain for the season — over his father’s deteriorating health —, the inaugural IPL winners have further middle-order muddle waiting for them. The team would expect all-rounders Tom Curran and Riyan Parag to fill in the big shoes of the burly Englishman.

Teenager Parag left a good impression last year with limited matches he got to play in the latter half of the season and could be asked to shoulder more responsibility by batting up the order at No. 5. This would allow likes of Curran and Jofra Archer to do some hard-hitting at the fag end of the innings.

As far as side’s bowling is concerned, all eyes will be on right-arm wrist-spinner Shreyas Gopal to continue from where he left last season; amassing 20 wickets to be the team’s lead wicket-taker. With matches being played on limited venues meant the pitches are expected to turn slower the season progresses, assisting likes of Shreyas.

Young leg break Mayank Markande too would fancy his chances in the playing XI due to such pitches. The 22-year-old Punjab will be looking to shed his one-season-wonder tag as the spinner made a bright start in IPL with 15 wickets in debut season but retained unsatisfactory figures with a solo wicket the following year.

In the pace department, English pacer Jofra Archer could be expected to do the damage with the new ball with southpaw Jaydev Unadkat as his partner from the other end. Oshane Thomas and Andrew Tye are other overseas pace options but would find it hard to break into playing XI given the number of quality overseas players the team has at its disposal.

This could open doors to playing XI for the likes of Ankit Rajpoot and Varun Aaron, who are eager to revive their Indian team career with this IPL 2020. However the presence of young and enthusiastic under-19 pacer Karthik Tyagi, who generated raw pace at the U-19 World Cup, could turn out to be the trump card in RR’s play-offs ambitions.

Verdict: Rajasthan Royals possess quality foreign stars to be in the race for the title. However, lack of Indian stars, coupled with Stokes’s uncertainty, could strike a serious blow to their playoff chances. 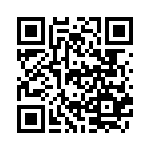