Ravindra Jadeja‘s flourish with the bat towards the end of the innings has been one of the rare bright spots for the Chennai Super Kings this season. On Thursday night, the left-handed all-rounder smashed an unbeaten 31 off 11 deliveries as the Chennai franchise won a humdinger.

Jadeja has played plenty of cameos this season, and has aggregated 232 runs in 13 matches at an average of 171.85. However, most of those cameos have come in losing causes. Thursday’s knock, therefore, was a rarity.

With 30 runs needed off the last 12 deliveries, Jadeja smashed 17 out of the 20 runs taken of Lockie Ferguson’s penultimate over.

And when the match got stuck in the last over too — seven needed of two deliveries — Jadeja smashed two big sixes to finish off the game.

This was Jadeja’s sixth cameo this IPL season; he also has a half-century. But all five knocks before Thursday, except the unbeaten 25 against SunRisers Hyderabad, had come in losing causes.

Coach Stephen Fleming said Jadeja is playing freely this season and that is allowing him to score.

“He is free. At times, he has tried to play just too smart but he is now playing freely and seeing the ball and hitting it beautifully. He trains very hard, and hasn’t missed a training. He hits a lot of balls. That’s paying off. In the middle or latter part, he has been outstanding and that’s satisfying for us,” said Fleming after Thursday night’s game.

“This season he (Jadeja) has been fantastic. He has been the only one in our team who has scored in the death overs,” CSK captain Mahendra Singh Dhoni said after the win over KKR on Thursday.

“I was hitting the ball well in the nets and kept thinking about that and I managed to do that in the match. We [me and Sam Curran] were talking about going after the bowlers, and in the last 12 balls you don’t think much. Just see the ball and hit the ball. I was looking to not loose my shape, and I knew if they bowled in my arc, I could hit a six. Winning every game always means a lot to us,” said Jadeja on Thursday. 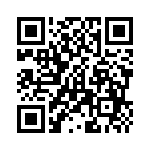