It has been a season of many new for the mighty Chennai Super Kings, who were handed their first 10-wicket loss in the history of the IPL

by Mumbai Indians while the MS Dhoni-led side slumped to their eighth loss of the season in 11 games in Sharjah on Friday night.

With heavy criticism coming down Dhoni’s way for not showing enough faith in CSK youngsters while questioning spark in them, the team management finally decided to throw in Ruturaj Gaikwad and Jagadeeshan for the game in place of Shane Watson and Kedar Jadhav. The duo came a cropper as the MI pacers Trent Boult and Jasprit Bumrah ran through the CSK top-orders inside the first six overs, leaving them at an appalling 21/5.

Speaking at the post-match press conference, CSK coach Stephen Fleming said that Ruturaj was included in the line-up to accommodate Imran Tahir but the batting failure meant they couldn’t give much to the bowlers to defend.

“The reason why he was there was to introduce Tahir. We had a problem with balance throughout; our spin bowling has been little bit ineffective. So when you have one of the best T20 spinners, we were keen to introduce him but when we did that today, we had a poor batting display. It sums up our tournament, everything we tried, turned out to be the opposite,” the former New Zealand skipper said.

Fleming felt the match was over at the beginning of the CSK inning itself as the plan to go out with youngsters didn’t yield desired results.

“We were stunned really, losing five wickets in the powerplay. It was a terrible powerplay; to lose wickets so quickly and it was almost over in the powerplay and it was tough watching. Obviously, we had some young guys who had an opportunity but it didn’t work out. They bowled well and we nicked them,” he said.

Before concluding Fleming said the remaining three games will be about finishing off the season with some pride while giving chance to remaining players in the squad to make a case for themselves ahead of next year’s auction. 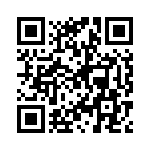