Rahul Tewatia was the star of the night in IPL2020 on Sunday, as his incredible 30-run over against Sheldon Cottrell set the tone for Rajasthan Royals’ win against Kings XI Punjab.

Tewatia had a nervy start to the innings and had scored 18 off 23 deliveries before Cottrell’s over, in which he hit five sixes.

Tewatia came to bat at number four — a decision which surprised many, especially when RR had a target of 224. Tewatia’s slow start further strengthened the cause of critics, who began to slam the KXIP management for taking the gamble.

However, Sanju Samson, who scored a fantastic 85 off 42 balls in the match, has now revealed the reason behind Tewatia’s promotion in the batting order.

From a batting masterclass to a game-changing blinder, the two @rajasthanroayls heroes relive their record win in Sharjah

“We took Rahul Tewatia as a leg-spinner. In the camp, once we had a competition on who could hit the most sixes in six balls, and Tewatia had hit four or five sixes at that time. Since then, the team management (Andrew McDonald and Zubin Bharucha) had made up the mind to promote him in the batting order,” Samson said in a video posted by IPL, where he interacted with Tewatia.

“Today, we were a little skeptical when he started the innings but Rahul has proved that it was a good decision.”

Samson also asked the 27-year-old on how he orchestrated his knock, to which Tewatia replied that he backed himself to see RR through in the run-chase.

“It was tough in the beginning. I was under pressure when I wasn’t hitting the big shots. The only good thing was you (Samson) were dealing in sixes at that time,” said Tewatia.

“In the end when we needed 15 runs/over, I thought that I just need one six to set the tone for myself. If I hit one, I was sure I could back myself it slam a few more.

“I felt very very low during the initial part of the innings. But talking to you and Robin bhai (Uthappa) gave me confidence at the time.” 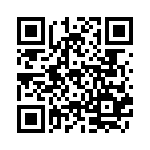