Rahul Tewatia stunned Kings XI Punjab with an incredible 30-run over against Sheldon Cottrell, as he slammed five sixes off Sheldon Cottrell to take the game away from KL Rahul

‘s side. In the 18th over, Tewatia slammed 30 runs to bring Rajasthan Royals back in the game, aiding the side to a four-wicket win.

Tewatia was hardly able to get ball on bat before he went after Cottrell and RR were banking on Sanju Samson yet again. Samson scored his second consecutive half century and was dismissed on 85 off 42 balls.

Yuvraj Singh, who is the only Indian player to score six sixes in T20 cricket, reacted hilariously to Tewatia’s blitzkrieg.

Mr @rahultewatia02 na bhai na 😅 thanks for missing one ball ! What a game congratulations to rr for a spectacular win !!! #RRvKXIP @mayankcricket great knock @IamSanjuSamson brilliant !

Yuvraj Singh became the first batsman to hit six sixes in an over in T20s. He achieved the feat during the inaugural edition of T20 World Cup in 2007 against England, where he slammed Stuart Broad for 36 runs in six balls.

Earlier, RR captain Steve Smith heaped praise on Tewatia after his stunning show against KXIP. “”What we have seen from Tewatia in the nets is what we saw in that Cottrell’s over,” said Smith in the post-match presentation ceremony. “I told someone as along as he gets one, floodgates will open. He showed heart. He told me during the timeout we still believe.” 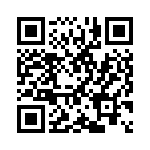