Mumbai Indians have inched closer to play-off berth once again after Suryakumar Yadav powered the four-time champions to victory over Royal Challengers Bangalore with a 45-ball 79 while chasing 165 in Abu Dhabi on Wednesday.

However, the man of the match couldn’t deny the fact that the team would have been chasing a much bigger target if not for Jasprit Bumrah

. RCB were 131/2 with Padikkal closing in on a century. However, Bumrah turned the game around with 3/14 as RCB lost four wickets in the death overs while scoring 34 runs.

The effort managed to hide MI’s bowling fallacies as other bowlers failed to live up to the billings on the night and MI stand-in skipper acknowledged that.

“We can’t just depend on Bumrah. But we would want other guys to step up as it is a team game,” Pollard said at the post-match presentation ceremony.

The West Indian all-rounder also reserved special praises for Suryakumar, saying if he continues to play this way, he will be rewarded, hinting on not being selected for the Indian team for Australia tour on Monday.

“We lost a few wickets but Surya took us home. Imagine, someone coming in at that number and batting at that strike rate despite a wicket going down. The most he can do is continue performing for us. As an individual if you continue to be consistent, the rewards will come,” Pollard said. 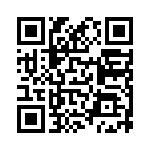 AUS vs IND 3rd ODI: Will be fine to play T20Is, says Hardik Pandya after his impressive batting show