The much-awaited Indian Premier League 2021 full schedule was released by the Indian cricket board (BCCI) a day after India triumph England 3-1 in the four-match Test series in Ahmedabad.

The season opener will see defending champions Mumbai Indians face off with Virat Kohli ‘s Royal Challengers Bangalore in Chennai on April 9 with the final slated in Ahmedabad on May 30.

As per BCCI’s official statement, the league stage matches will be played over six cities — namely Chennai, Mumbai, Delhi, Bangalore, Ahmedabad and Kolkata — without fans at the stadia and a decision will be reviewed later on allowing spectators at the stadia if the COVID-19 pandemic situation improves.

Giving up on the traditional home-away format when played in India due to pandemic situation, the IPL will be played over three phases with two cities hosting four teams each in every phase in the league stages. The carnival will first be camped in Mumbai and Chennai, then moving to Delhi and Bangalore with the final league stages in Bengaluru and Kolkata.

The qualifiers and the final match then will be played in Ahmedabad’s Narendra Modi Stadium.

See the complete schedule below: 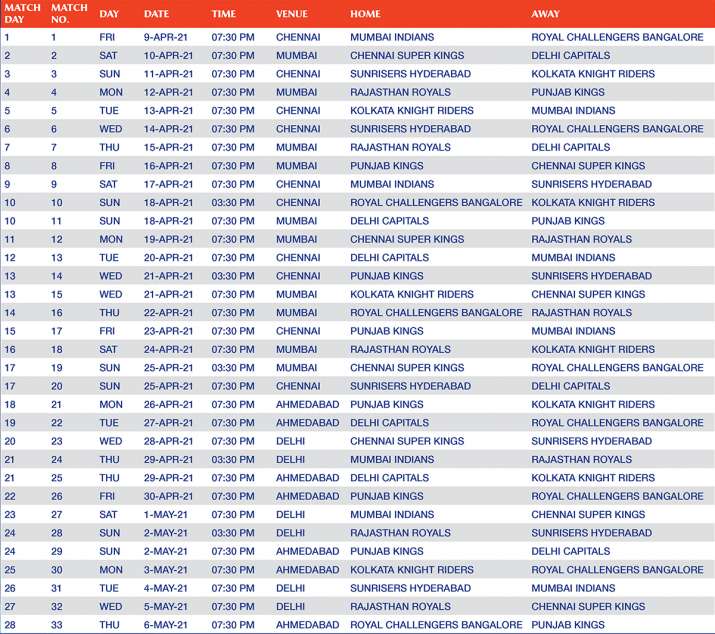 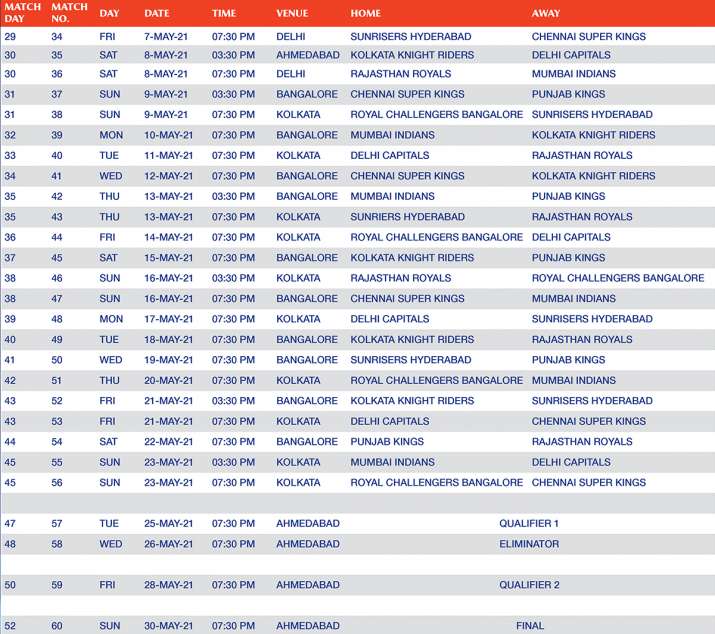 Evans On Djokovic Win: ‘I Felt Comfortable From The Outset’

Djokovic Set For Homecoming In Belgrade; All You Need To Know