Sanju Samson has experienced so many lows in his chequered career that he has learned to embrace them. Back in the Indian team after a four-year gap, Samson is at peace with his flaws and doesn’t try to be the “perfect batsman” that he wanted to be for the longest time.

Samson played his sole match for India – a T20 – in July 2015 when a second-string team toured Zimbabwe. He was 19 then.

Since that high, it has been a roller-coaster ride for the wicketkeeper-batsman, who has been dropped from the Kerala team on disciplinary grounds. He has not been consistent enough, has had fitness issues but every now and then, he came up with an innings befitting his rich batting talent.

One such knock happened earlier this month — an unbeaten 212 — the highest individual score in the history of Vijay Hazare Trophy.

“You rightly said it has been a roller-coaster ride for me. If you have a very safe and easy career there are very less things you will learn. I have learnt a lot in the last four to five years. If you have failed a lot of times then you know how to rise up and how to succeed. I have failed a lot of times in my life so I know how to stand up and perform. That has been a blessing,” Samson, now 24, said on Thursday.

Many including the great Rahul Dravid rated Samson highly but inconsistency went against him. The resurgence of Dinesh Karthikand the emergence of Rishabh Pant also played a part in him being out of India’s limited-overs set-up in the last two years.

With Kohli being rested from the T20 series against Bangladesh, Samson is likely to play as a specialist batsman with Pant standing behind the stumps.

Like others, Samson too had high expectations from himself but not anymore. He also has no hard feelings about getting just one international game so far to prove himself.

“I don’t have any regrets. As I said I have gone through a lot of ups and downs. I had lots of high expectations about myself that I should have performed much better than what I did.

“… That I should have got into the team much before, but lately, I understood that everything has its own time and you have to be patient for your turn. I have been doing that and have become a better person in the process.

“Have really enjoyed my tough times, to be honest. I have understood who all are with me genuinely and who are not.”

As a batsman, Samson feels he is in a really good space.

“Mentally and technically many changes have happened in the last five years. I have understood my game a lot more, a lot about myself as a person. I have worked on my strengths and not tried to be the perfect batsman that I tried to be for a long time. I understood that no one can be a perfect batsman. Now I keep it simple and enjoy my cricket.”

During the 2016-2017 Ranji Trophy season, Samson had left the dressing room in the middle of the game and was subsequently dropped from the Kerala team. Following the 2018 IPL, Samson was left out of India A team after he failed the yo-yo test.

Samson said not clearing the yo-yo test was a one-off and he has been working hard on his fitness.

“I have been following my fitness like religion for the past two-three years. There are many ideas which come from different people, physios and trainers talk to you. They give you a schedule and you try to follow it. Then going for the yo-yo was completely different for me.

“I was going about my fitness in a special way, but I got a niggle in the IPL (2018) and after that, I never got the time to recover before the yo-yo test and I didn’t communicate to the physio as I thought I would clear the test, but I didn’t. It was never a case of fitness being an issue.” 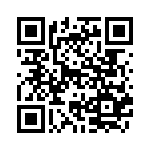