Hours after Finance Minister Nirmala Sitharaman announced a relief package to help fight the Covid-19 outbreak, NITI Aayog Vice Chairman Rajiv Kumar called it a fairly substantial amount to take care of those who are most vulnerable.

He further said it’s a welfare package and the stimulus package is yet to come which will take care of the economic activities of the business. It will be announced sooner rather than later.

Commenting on the relief package, Kumar said, It’s a fairly substantial amount that is now being given out right way in the first instance by the govt to take care of those who are most vulnerable, for those on the bottom of the pyramid, and who will be impacted right away because of the loss of livelihood.” 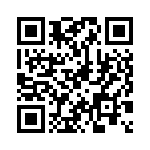