Actor-director Krishna has officially confirmed that his latest hit film, Love Mocktail will be getting a sequel. The talented star recently revealed on social media that he has indeed started scripting for the second edition of the film.

For the unversed, Love Mocktail, which released at the beginning of 2020 took everyone by surprise with its massive success. The romantic entertainer was showered with immense love and appreciation from the audiences and critics alike.

Speaking of the sequel, Krishna told TOI, “When people asked me about the possibility of a sequel, I used to laugh it off. Then, as the requests kept pouring in, I began thinking to myself about the feasibility of a sequel. I sat with my team and discussed a few scenarios that could be woven into a story. Eventually there was one that appealed to me and I decided to go with that.” (sic)

He went on to add, “We plan on retaining most of the characters from the original. While Love Mocktail was about the need to move on in life, the sequel will follow what actually happens in their lives. The treatment will comical, even though the story will have some bittersweet moments. We are looking at locking the script for now and then will take off with the filming this year itself.”

Love Mocktail was produced by lead actors Darling Krishna and Milana Nagaraj themselves. The movie also starred Amrutha Iyengar, Rachana Inder, Abhilaash N, and Kushi. The music for the film was composed by Raghu Dixit. 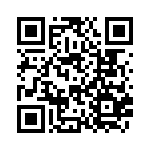