NEW DELHI: Former IAS officer and chief of Jammu & Kashmir People’s Movement Shah Faesal has been booked under the Public Safety Act (PSA).
Faesal, who has been under detention after scrapping of Jammu and Kashmir‘s special status, was booked under the PSA on Friday night, according to the sources.
The JKPM leader was stopped from taking a flight to Istanbul at the Delhi airport during the intervening night of August 13 and 14 last year and flown back to Srinagar, where he was detained.
Faesal has joined the list of other leaders booked under the PSA in Jammu and Kashmir. Farooq Abdullah, Omar Abdullah, Mehbooba Mufti, Sartaj Madani, Hilal Lone, Ali Mohammad Sagar and Naeem Akhtar have also been booked under PSA.
The former bureaucrat from Jammu and Kashmir had floated a political outfit after resigning from the Indian Administrative Service.
Post the removal of special status to Jammu and Kashmir, provided under Article 370, Faesal had said Kashmir is experiencing an “unprecedented” lockdown and its eight million population is “incarcerated” like never before.
A person booked under the PSA can be detained without a trial for up to three months that can be extended.
Source :Google News 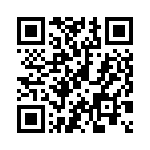