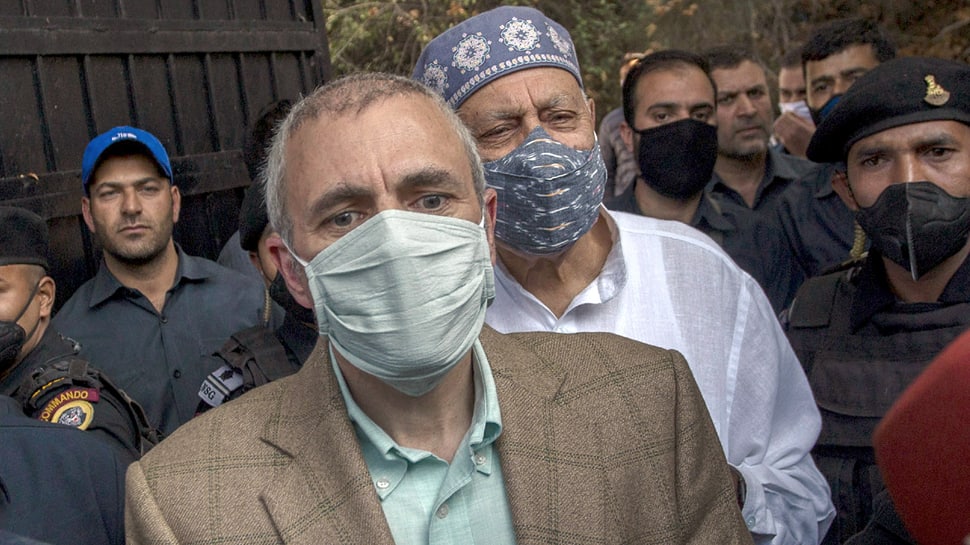 Moments after the Centre paved way for people from outside Jammu and Kashmir to buy land in the union territory, National Conference leader Omar Abdullah on Tuesday slammed the government. The Centre has amended several laws, over a year after the nullification of Articles 370 and 35A of the Constitution.

READ | Now anyone can buy land in Jammu and Kashmir; know rules of Centre’s major decision

Omar Abdullah said the amendments were “unacceptable” and added that “J&K is now up for sale”. “Unacceptable amendments to the land ownership laws of J&K. Even the tokenism of domicile has been done away with when purchasing non-agricultural land & transfer of agricultural land has been made easier. J&K is now up for sale & the poorer small land holding owners will suffer,” Omar tweeted.

Unacceptable amendments to the land ownership laws of J&K. Even the tokenism of domicile has been done away with when purchasing non-agricultural land & transfer of agricultural land has been made easier. J&K is now up for sale & the poorer small land holding owners will suffer.

In a gazette notification, the Centre has omitted the phrase “permanent resident of the state” from Section 17 of the Jammu and Kashmir Development Act that deals with disposal of the land in the union territory.

Before the repeal of Article 370 and Article 35-A in August 2019, non-residents could not buy any immovable property in Jammu and Kashmir. However, the fresh changes have paved the way for non-residents to buy land in the union territory.

Former Advocate General Mohammad Ishaq Qadri said the amendments have opened floodgates for people from outside Jammu and Kashmir to buy lands. “Now there is no legal bar on purchase of land here by outsiders,” he said.

Former Jammu and Kashmir chief minister Mehbooba Mufti said, “After failing on all fronts to provide roti & rozgar to people, BJP is creating such laws to whet the appetite of a gullible electorate. Such brazen measures reinforces the need of people of all three provinces of J&K to fight unitedly.”

“Yet another step thats part of GOI’s nefarious designs to disempower & disenfranchise people of J&K. From the unconstitutional scrapping of Article 370 to facilitating loot of our natural resources & finally putting land in J&K up for sale,” she added.

5. The provisions of this Order which adapt or modify any law so as to alter the manner in which, the authority by which or the law under or in accordance with which, any powers are exercisable, shall not render invalid any notification, order, commitment, attachment, bye-law, rule or regulation duly made or issued, or anything duly done before the 31st day of October, 2019; and any such notification, order commitment, attachment, bye-law, rule, regulation or anything may be revoked, varied or undone in the like manner, to the like extent and in the like circumstances as if it had been made, issued or done after the commencement of this Order by the competent authority and in accordance with the provisions then applicable to such case.

6. The repeal or amendment of any law specified in the Schedule to this Order shall not affect—  (a) the previous operation of any law so repealed or anything duly done or suffered thereunder;  (b) any right, privilege, obligation or liability acquired, accrued or incurred under any law so repealed;  (c) any penalty, forfeiture or punishment incurred in respect of any offence committed against any law so repealed; or (d) any investigation, legal proceeding or remedy in respect of any such right, privilege, obligation, liability, penalty, forfeiture or punishment as aforesaid, and any such investigation, legal proceeding or remedy may be instituted, continued or enforced, and any such penalty, forfeiture or punishment may be imposed, as if the Jammu and Kashmir Reorganisation Act, 2019 or this Order had not been passed or issued.