The Australian cricket team and management will meet to decide on the manner to denounce racism through on-field messages.

After being criticised for not taking a knee to recognise the Black Lives Matter movement during the tour of England in September, Australia cricket coach Justin Langer on Friday said his team is conscious about the movement and will be strong on the messages during the forthcoming summer in which they play India.

and Eoin Morgan last month for not continuing with the knee gesture that began with the West Indies tour of England but was discontinued when Pakistan and Australia toured England. Finch had then said that specific gestures need not be done.

The Women’s Big Bash League, a T20 tournament in Australia, is using the ‘Barefoot Circles’ to spread message against racism.

“We are very conscious about it. It is a big issue in the world. I was at the West Coast Eagles (an AFL team) and Adam Simpson in his head coach’s address at dinner, he showed us a brilliant 1 min 45 second observation/interview of Liam Ryan (an Australian rules player who has been subjected to racist trolls),” said Langer during a media interaction on Friday morning.

“We know we have to be really strong on this, we have to lead it, there’s a meeting between a few of us this afternoon. Cricket Australia is strong and leading us on this. We need to be educated and be clear on what we’re standing for.

“We are going to lead the representation of it. Now we are working out, talking to people. We’re very clear we take out time and be strong on the messages and what we are representing here,” he added.

Langer said he has been discussing the issue with people who have been victims of racial abuse to learn more about it.

“I was with an aborigine last night, had a long conversation with him and one of my follow-up questions to him today is about understanding the history and personally of taking a knee. We have talked about barefoot circles. We have talked about a number of things, initiatives and ways of representing this but I really want to know the significance of that (taking the knee) and if that is the best way to represent it.

“I want to hear it from our aboriginal people, from peoples who have experienced racial discrimination. I have not. I want to hear it from them and what’s the best way forward. We are really aware of it. It is a very important issue in our society and we are going to do it and represent it with great respect, dignity on whether it is taking a knee or whether it is we’ll come up with it in the next little bit.”

One of the people Cricket Australia may contact is Adam Goodes, a former Australian rules football player, who had to seek an early retirement due to persistent racial abuse he suffered because of his work on anti-racism.

“Adam’s name was there in an email. I don’t know Adam personally. (Adam) Gilchrist knows him well and says he is one of the biggest people he has met. Watching Adam’s documentary, I was blown away by that. Hopefully, there are a lot of great people in Australia and hopefully they’ll help a lot represent racial discrimination with the respect and dignity it deserves. We are very fortunate, because we represent Australian cricket team to be able to reach out to whole number of peoples,” said Langer. 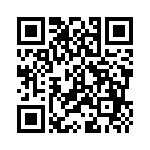