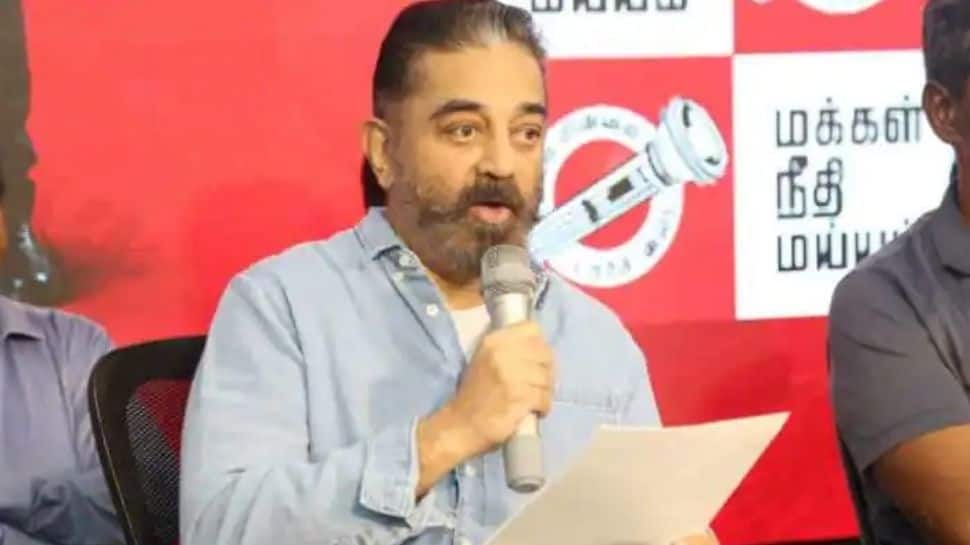 Chennai: Kamal Haasan’s fledgeling political party Makkal Needhi Maiam (MNM) is witnessing mass resignation of its top rung leaders after the party faced a severe rout in their maiden Assembly Elections in Tamil Nadu. The developments came to light after the party’s Central Governing Body (CGB) met at their headquarters in Chennai on Thursday (May 6) evening.

ZEE News has learnt that Haasan had asked members of his party’s Central Governing Body (CGB) to tender their resignations from the respective posts they held (not from the primary membership of the party), following which they obliged. This was ostensibly done because Haasan wanted to do some “soul-searching and make fundamental changes in the party”, after drawing a blank.

“He demanded the resignation and we complied. I think it is because of the defeat and it is the President’s decision to look into who is required in the Central governing body. He lost by a small margin, but he did win hearts. It was a wrong constituency selection, had he contested anywhere in Chennai he would’ve won hands down” CK Kumaravel a top entrepreneur, who was asked to resign from the CGB told ZEE News.

Shortly after the meeting ended, MNM issued a statement saying that CGB members Dr R. Mahendran, Muruganandam, Maurya, Thangavelu, Umadevi, CK Kumaravel, Sekar and Suresh Iyer have resigned. However, it also added that Kamal Haasan would decide on accepting these resignations and the further course of action.

Among those who resigned is Dr R. Mahendran, who served as the Vice President of the fledgeling party. However, unlike others, Mahendran had tendered his resignation (both from the VP post and primary membership) to Kamal Haasan. He also shared with the media, an 8-page letter he had written to Kamal Haasan, outlining the reasons for his decision to quit and a single-page letter written to the party cadre.

Mahendran’s letter to Haasan said that the actor had a non-democratic style of running the party and that Kamal had favored some advisors and consultants whose services did not benefit the party in any manner. It alleges that Kamal’s party was being pushed to function like a fan club and that the veteran actor was being “managed and manipulated” by his advisors. “I had lost all hope for any semblance of change in how the party is being run over the past one and a half years” Mahendran had written, urging Kamal Haasan to look back at their journey.

“There was no discussion with the Governing body or EC after the poll rout, neither was any planned, but today Haasan comes and says that “this is my party”, when the other members pleaded that this was our party. Stating the so called re-structuring of the party, he’s asked the others to resign, whereas I had prepared myself to leave the party, over the last one month. It’s reactionary, this is the style of functioning I knew that he will continue to have.” Mahendran told Zee Media. Mahendran believes that if his exit changes the party, then it is his biggest service to the party.

A while after Mahendran’s statement was released, Kamal Haasan shared a statement accusing Mahendran of being a betrayer, who did not let others grow and as someone who was trying to pin the blame of his incompetence and dishonesty on others. “There was a collective voice asking for the ouster of betrayers. The first among the list of betrayers was Dr.R. Mahendran” the statement said, without elaborating any further.