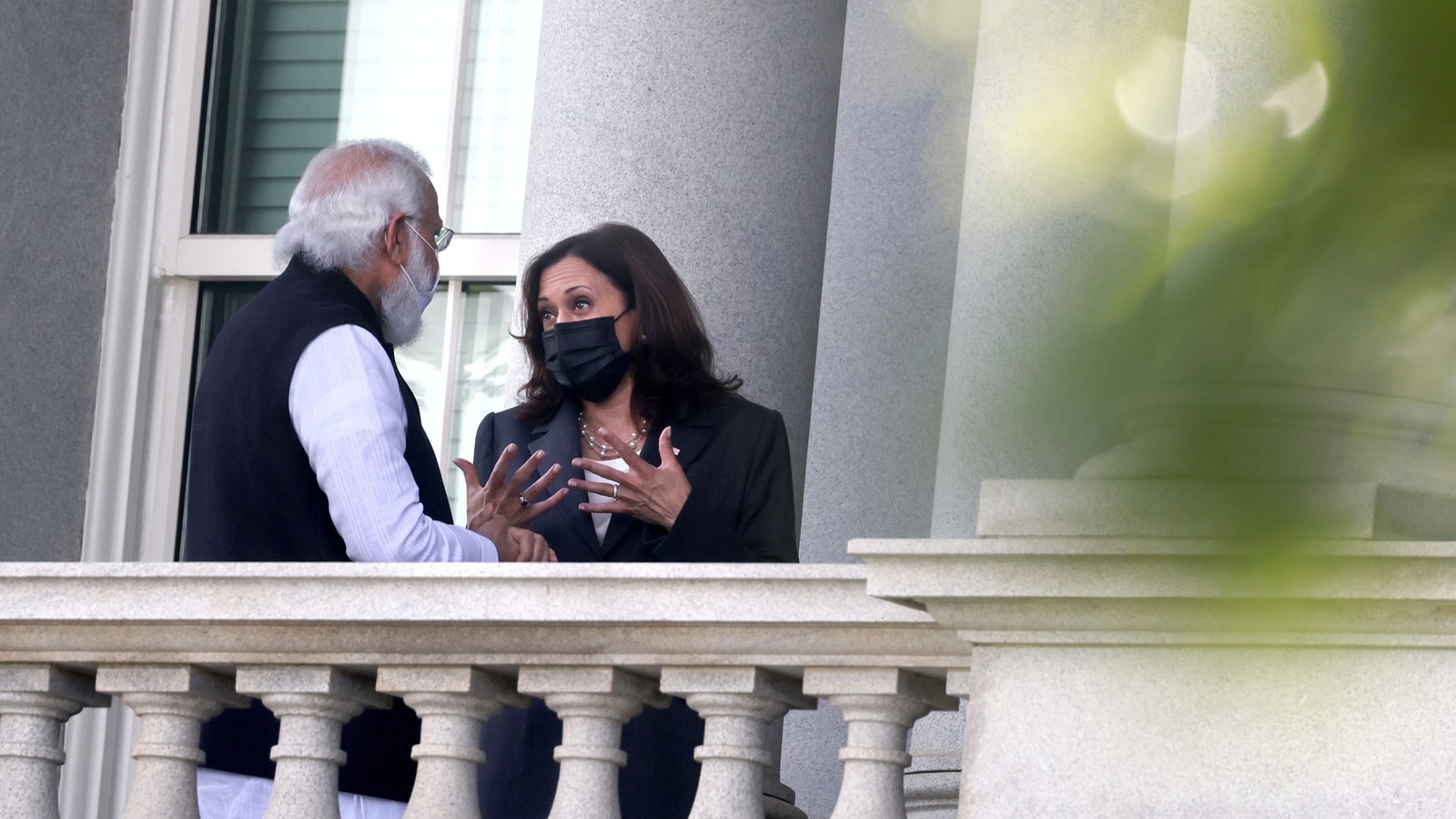 US vice president Kamala Harris, during her maiden meeting with Prime Minister Narendra Modi, ‘suo moto’ referred to Pakistan’s role in terrorism. Harris mentioned that there were terror groups working in Pakistan and that she asked Islamabad to take action so the matter does not threaten the security of India and the United States, news agency PTI reported citing the ministry of external affairs. “When the issue of terrorism came up, the vice president suo moto referred to Pakistan’s role in that regard (terrorism),” the agency quoted foreign secretary Harsh Vardhan Shringla as telling reporters following the key meet between Prime Minister Modi and the US vice president.

Also Read | Modi thanks Harris for Covid-19 call, invites her to India

Shringla, when asked if the issue of Pakistan’s role in terrorism came up during Harris’ meet with PM Modi, confirmed the development and added that the US vice president also mentioned there were terror groups working in Pakistan.

“She (Harris) asked Pakistan to take action so that this will not impact US security and that of India,” the foreign secretary of India was quoted as saying. “She agreed with the Prime Minister’s briefing on the fact of cross-border terrorism, and the fact that India has been a victim of terrorism for several decades now and on the need to rein in, and closely monitor Pakistan’s support for such terrorist groups.”

Kamala Harris noted that it is incumbent on the two nations to protect democracies in the best interests of the people in the two countries.

Prime Minister Modi held the meeting with vice president Harris at the White House on Thursday during which they decided to further cement the Indo-US strategic partnership and discussed global issues of common interest, including threats to democracy, Afghanistan, and the Indo-Pacific.

Modi also thanked Harris profusely for extending support to India “like a family, with a sense of kinship” when she had called some months ago in the midst of a devastating second wave of Covid-19 cases sweeping through India. He then went on to extend Harris an invitation to visit India, to which Harris nodded.