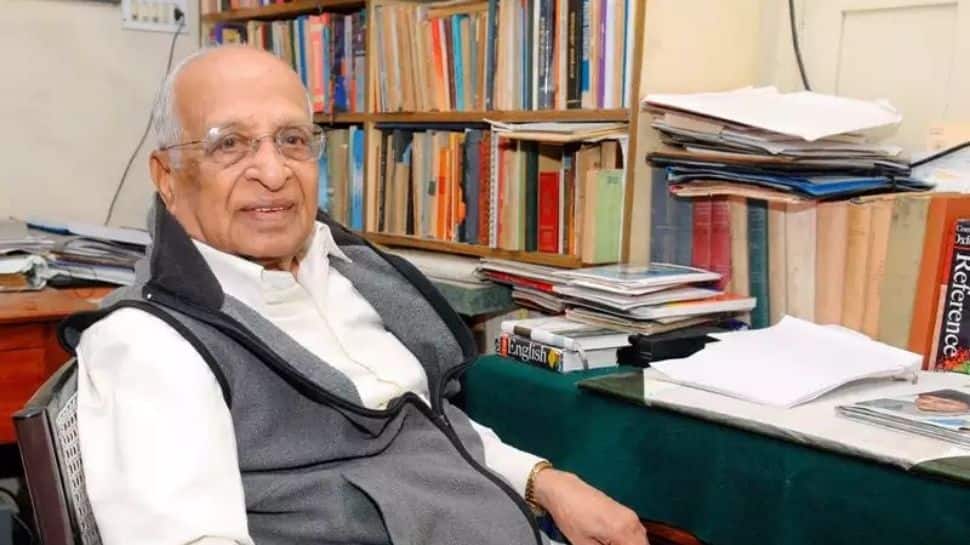 Bangluru: Centenarian, Kannada writer, editor, lexicographer and critic Ganjam Venkatasubbiah passed away during the early hours of Monday (April 19) due to old age complications. The Kannada writer was 107-years-old.

Ganjam Venkatasubbiah was a recipient of the Kannada Sahitya Akademi Award, the Pampa Award and contributed significantly to the world of Kannada Lexicography.

Venkatasubbiah passed away in the early hours of Monday and dignitaries from various fields have condoled his death.

Venkatasubbia was known for his work ‘Igo Kannada’, an eclectic mix of Kannada phrases, usages, idioms, phrases, and serves as a reference for linguists and sociologists.

He was renowned as a walking encyclopaedia of the language and culture.

In his lifetime, Venkatasubbia compiled over twelve dictionaries, authored four seminal works on dictionary science in Kannada and edited over sixty books.