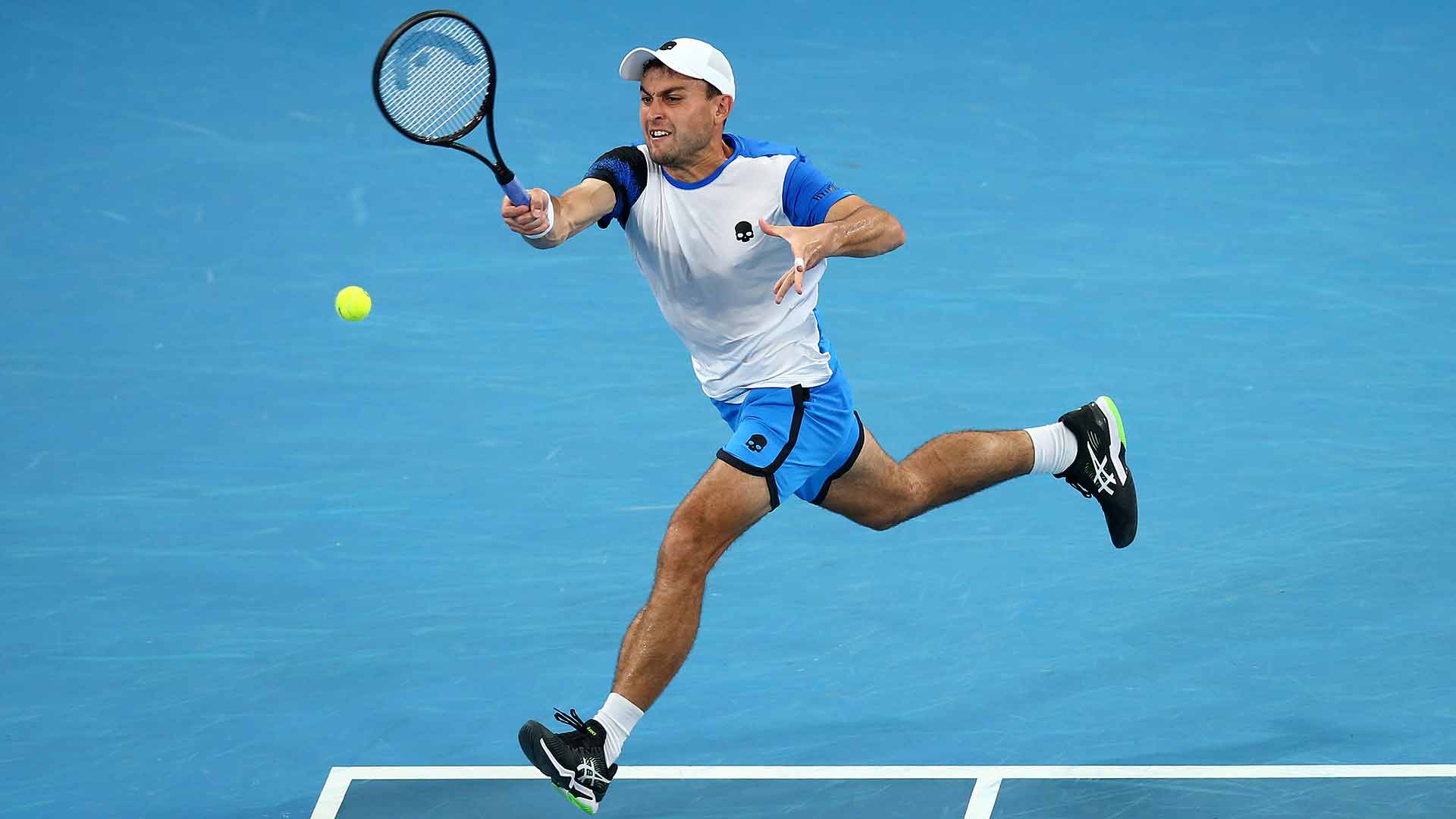 Karatsev defeated the former World No. 1 6-3, 6-2 to deny Murray a 43rd career title. The Russian has now won three of the four ATP Tour finals he has contested, with his sole defeat coming against Matteo Berrettini in Belgrade in 2021.

It was Karatsev’s first ATP Tour final on Australian soil, but not the first success the Russian had experienced Down Under. It was 12 months ago, at the 2021 Australian Open, that Karatsev exploded on to the scene, winning eight matches to come through qualifying and reach the semi-finals before losing to Novak Djokovic.

Since becoming the first player in the Open Era to make the semi-finals of a Grand Slam on his debut, Karatsev has established himself as a formidable force on the ATP Tour, reaching a career-high World No. 15 after winning his second ATP Tour title in Moscow. Currently ranked World No. 20, Karatsev reached the Sydney final via three-set thrillers against Lorenzo Sonego and Dan Evans, but he was dominant from the beginning of his first career meeting against Murray.

Murray had been broken just twice in 45 service games in Sydney coming into the match, but his serve was under pressure from the start against Karatsev, who set the tone with a clean return winner off Murray’s first serve to bring up two break points in Murray’s first service game. Consolidating the ensuing break to love, Karatsev played a near-flawless first set, striking 14 winners against just four unforced errors. His formidable returning contributed to Murray’s struggles on serve and by the time the British player double-faulted twice to go down 3-6, he had landed only 48 per cent of first serves compared to Karatsev’s 72 per cent.

Karatsev’s flawless performance continued in the second set as he immediately broke Murray’s serve for the third time.

The crowd on the Ken Rosewall Arena were in full voice as the British player managed to get on the board for 1-3 with an ace, and some typically dogged defence from Murray saw him secure his first break points of the match in the next game. In a 13-minute game, Karatsev fended off five break points and some of Murray’s best tennis of the day to hold for 4-1. Even Karatsev’s first double fault on match point only momentarily delayed his victory.

Karatsev follows in the footsteps of compatriot Daniil Medvedev, who won the Sydney Tennis Classic in 2019. He finished the 91-minute match with a total of 29 winners and 14 unforced errors, having saved all five break points he faced.