The BJP-ruled Gujarat government had announced a drastic cut even as the Centre was justifying the steep fine amounts under the amended MV Act.

A day after the Gujarat government announced a drastic cut in the penalties for traffic violations under the amended Motor Vehicles (MV) Act, Karnataka Chief Minister B S Yediyurappa on Wednesday said the same will be implemented in the state also. The BJP-ruled Gujarat government had announced a drastic cut even as the Centre was justifying the steep fine amounts under the amended MV Act.

In some cases, the reduction in Gujarat is as steep as Rs 1,000 from Rs 10,000. “Regarding the cut in the penalties for violation of traffic rules under the Motor Vehicle Act, we will get the orders of the Gujarat government. I have instructed our officials that we will follow that order here also. Mostly in about two-three days like in Gujarat, here also we will try to cut the penalties that are high,” Yediyurappa said.

Speaking to reporters here after a review meeting, he said, “what Gujarat has done, it has come in papers. I will get that order copy and do it. I will see to it that it (penalty) is not too heavy.” On July 31, Parliament passed the Motor Vehicles (Amendment) Bill, 2019, which seeks to tighten road traffic regulations such as the issuance of driving licence and imposes stricter penalties for violations in an attempt to improve road safety.

Higher traffic penalties have come into effect in most states across the country from September 1. Announcing the cut in penalties in Gujarat, Chief Minister Vijay Rupani had said that the fine amount for different violations proposed under the Central law is the upper limit. There has been severe criticism to the “hefty fines” from sections of the public, with many arguing that the government should first provide good road infrastructure facilities. 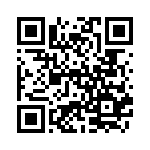