The Delhi government on Friday approved to include Kartarpur Sahib Gurdwara in its free pilgrimage scheme for senior citizens. The Delhi cabinet, presided over by Chief Minister Arvind Kejriwal, gave in-principle approval to this effect, just ahead of the inauguration of Kartarpur coridor.

Speaking to mediaperson, Arvind Kejriwal said the Kartarpur Sahib will be part of the Delhi-Amritsar-Wagah Border-Anandpur Sahib corridor, adding “This is an in-principal approval. We are working on the details.”

The Kartarpur Sahib Gurdwara in Narowal district of Pakistan`s Punjab province is located 4.5 km from the Indian border. The shrine will be accessible to Indian pilgrims throughout the year via the corridor.

Notably, the Mukhyamantri Tirth Yatra Yojana enables 1,100 senior citizens from each Assembly Constituency of Delhi per year to undertake free pilgrimage, the expenses for which will be borne by the Delhi government.

The scheme named ‘Mukhyamantri Tirth Yatra Yojana’ is only for the people of Delhi aged over 60. The senior citizens can take benefit of the scheme, whereas people above the age of 70 can also take along an attendant with them.

In July this year, CM Kejriwal flagged off the first train of devotees for the Delhi-Amritsar-Wagah Border-Anandpur Sahib- Delhi pilgrimage. The flag-off ceremony was attended by Transport Minister of Delhi, Kailash Gahlot and chairperson of the Delhi Tirth Yatra Vikas Samiti, Kamal Bansal. 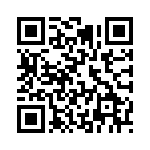 Ahead of Donald Trump visit, eviction notice served to slum-dwellers in Ahmedabad`s Motera