Sixth seed and #NextGenATP Serbian Miomir Kecmanovic continued to impress with his all-court play on Friday at the New York Open, rallying to defeat fourth-seeded Frenchman Ugo Humbert 3-6, 6-2, 6-4 for a place in the semi-finals.

Kecmanovic regrouped strongly after dropping the first set, upping his first-serve percentage from 58 per cent to 72 per cent and reducing his unforced error count. He broke Humbert three times in the last two sets to prevail after one hour and 49 minutes. The 20-year-old moves to 6-2 this season and is through to his second semi-final of the year, having also accomplished the feat last month in Doha.

Standing between him and Sunday’s final is eighth-seeded Brit Kyle Edmund, who won a 3-6, 6-2, 7-6(5) thriller against South Korean Soonwoo Kwon. Little separated both players throughout the match, but with the chance at a maiden ATP Tour semi-final on the line, Kwon conceded defeat with a nervy double fault after two hours and seven minutes. Edmund seeks his first tour-level final since taking the title at 2018 Antwerp (d. Monfils). 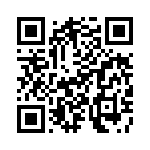 Half my time goes in taking care of my daughter: Cheteshwar Pujara enjoys family time in lockdown period