The National Investigation Agency (NIA) detained accused Swapna Suresh into connection to gold smuggling racket on Saturday. Sources said that Swapna Suresh has been detained for now and will be arrested later after the completion of the entire interrogation process.

The development comes after a case was registered by NIA in connection with an alleged gold smuggling racket in Kerala under various sections of the Indian Penal Code. In its complaint, the probe agency had identified the accused as Swapna Suresh, Sarith, Fazil Fareed and Sandeep Nair.

Meanwhile, Swapna Suresh’s involvement in the gold smuggling case has triggered a huge political storm after reports highlighted her links to M Sivasankar, principal secretary to Kerala CM Pinarayi Vijayan. For more, watch a detail video on the latest development. 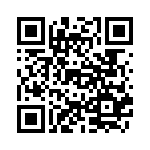