UPDATE: The Killzone: Mercenary servers have returned to operation after a brief downtime. It’s unknown what caused the servers to go down, but Vita owners can return to the groundbreaking portable FPS and play online again right now. Perhaps The Last Of Us Part II is right, and the Vita will remain relevant for quite a while yet.

The original story is below.

Killzone: Mercenary was one of the PlayStation Vita’s only exclusive multiplayer shooters for years, with a deep competitive mode alongside its single-player campaign. However, it appears the multiplayer servers have been shut down and this mode is no longer available.

Players attempting to connect to the game’s multiplayer mode are met with an error message, and GameSpot’s sister site ComicBook.com was told by PlayStation Support the servers were indeed shut down. However, it’s unclear if this is a permanent closure or if they could return at a later date. The multiplayer mode is still listed on the game’s official PlayStation Store page.

Killzone: Mercenary released for the PS Vita back in 2013 just a few months before PS4 launch game Killzone: Shadow Fall. They remain the two most recent games in the series, as Mercenary studio Guerilla Cambridge went on to developer VR projects before being shuttered, and Shadow Fall studio Guerilla Games shifted to Horizon: Zero Dawn. Given the cliffhanger ending the series currently has, however, it’s possible it could return at a later date. 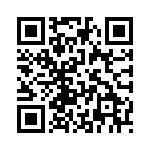