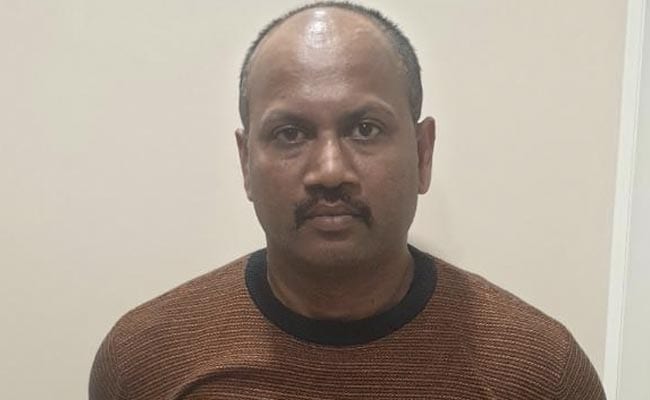 A controversial “independent witness” of the narcotics agency that is investigating the Mumbai drugs-on-cruise case has been detained in Pune, three days after he claimed he would surrender at a police station in Uttar Pradesh’s capital Lucknow.

Kiran Gosavi, against whom a lookout notice is out, had said he wanted to surrender to the Uttar Pradesh Police as he felt “threatened” in Maharashtra. The Lucknow Police later refuted the claims of Mr Gosavi trying to surrender to them.

A private investigator, Mr Gosavi was present during the cruise ship raid earlier this month and later at the Narcotics Control Bureau or NCB office with Aryan Khan. His selfie and videos with Aryan Khan at both places indicated that he had unlimited access to the son of Shah Rukh Khan.

It fuelled questions from Maharashtra’s ruling alliance about the anti-drugs agency’s investigation. Several leaders questioned why an “independent witness” of the agency should be present at the raid and its office and take selfies with the high-profile accused.

On Sunday last, a man claiming to be Mr Gosavi’s personal bodyguard made allegations of bribery against him.

Prabhakar Sail, who is another witness in the case, said he heard Mr Gosavi having a telephonic conversation about payoffs with one Sam D’Souza. Mr Sail claimed he heard Mr Gosavi say they should ask for a “bomb Rs 25 crore” and then settle at Rs 18 crore, of which Rs 8 crore is for the NCB’s zonal officer in charge of the investigation, Sameer Wankhede.

Mr Gosavi had told NDTV that he has no knowledge about this. “I’m hearing this for the first time,” he said, adding that he had not met Mr Wankhede before October 2.

Mr Wankhede came to Delhi on Monday. He denied he had been summoned by any agency. His visit to the national capital comes amid the row over payback allegations and his war of words with Maharashtra minister and Nationalist Congress Party (NCP) leader Nawab Malik.

Mr Malik has alleged that the case relating to the alleged recovery of drugs from the cruise ship is “fake” and accused the BJP and NCB of “spreading terrorism” in Mumbai. Mr Malik tweeted a photo of a document related to Mr Wankhede’s birth and claimed, “the forgery began from here”.